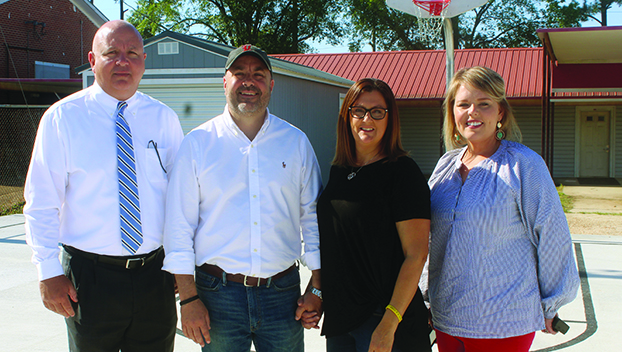 The burgeoning basketball stars of Luverne now have a new place to hone their skills, thanks to the generosity of two local parents, Dustin and Renee Marchand.

“We saw a need, and we filled it. Everyone should give something [to their child’s school] if they can,” Dustin Marchand explained.

The court is located near the concession stand outside the LHS football stadium and also has an area to play four-square.

“We welcome community support and assistance. Dustin approached us and said ‘we want to do this.’ We are thankful that he and Renee would want to do this for our kids,” Hawthorne said.

The Marchands have 3 children that attend Luverne School.

“The kids that attend the school, they don’t care about politics or any of that,” Marchand said.