Storms rip through area, cause damage 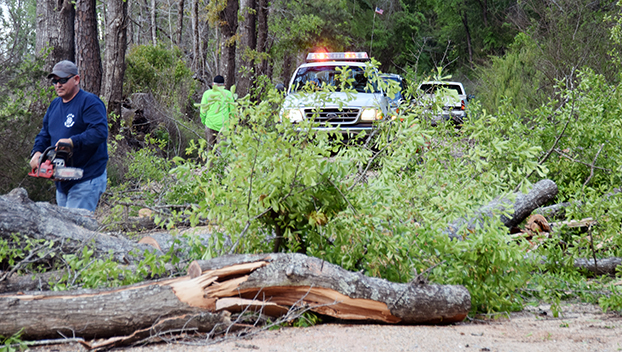 Local law enforcement as well as fire and emergency management personnel met last Thursday afternoon to prepare for any storm-related events. Forecasters said strong tornadoes were a possibility with the system as it made its way across to Alabama from Texas.

In neighboring Mississippi, schools and businesses closed early ahead of the storms. Several tornadoes were reported in Mississippi and Alabama.

The Butler County Emergency Management Agency handed out several dozen weather radios ahead of the storms. The radios went quickly.

In Butler County, the first warnings for severe storms came around 8 p.m. Thursday and continued through the night. Early Friday morning, multiple warnings were issued as high winds and heavy rain pummeled the area.

Volunteer fire departments from around the county responded to calls of trees across roadways and on power lines.

Several accidents were reported on I-65 during the storm, but no injuries were life threatening.