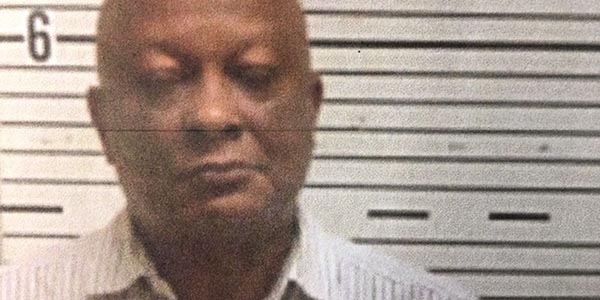 A local probation officer has found himself on the other side of the law.

“He turned himself in this morning around 8 o’clock,” Sheriff Danny Bond said Friday afternoon.

The 63-year-old Montgomery resident was then booked into the Butler County Correctional Facility.

According to Marshall’s office, Lewis’ bond was set at $300,000. The three indictments included one charge of first-degree rape and two charges of first-degree sexual abuse.

“Specifically, one indictment charges that Lewis engaged in sexual intercourse with a member of the opposite sex by forcible compulsion, first-degree rape,” a release issued by the AG’s office reads. “The two remaining indictments charge that Lewis subjected another person to sexual contact by forcible compulsion. The victims in the cases were juveniles who were under his supervision at the time. The approximate dates of the alleged offenses range from 1994 until 1999.”

No further information about the investigation or about Lewis’ alleged crimes other than that stated in the indictment may be released at this time.