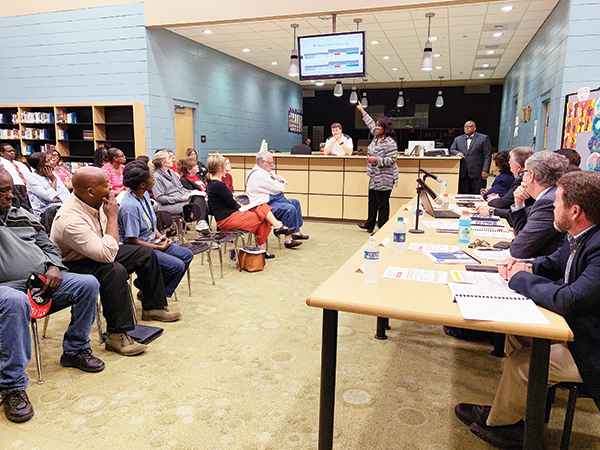 Some Butler County students met their yearly state assessment goals during the midyear testing and that pleases local officials.

During the Feb. 21 Butler County Board of Education meeting held in Georgiana, officials and parents learned about the recent testing from Donna Ash, curriculum coordinator.

‘We tested 1,331 students,” Ash said. “Right now, to this day, based on our mid-year data, we have students that have met not the half-year data target, but the whole year target already at the half year. This is because people are working hard and people are on board. You’ve got high school students doing small groups, you’ve got teachers working hard, and you’ve got everybody on board.”

Ash continued and presented statistics from several groups and noted increases in many areas.

“We’re already seeing a 7 percent difference in math at mid-year,” she said. “We’re almost to the entire amount that were ‘proficient’ at the end of last year. We’re teaching students and making it happen. We’re growing all students and that is reason to celebrate.”

Ash also encouraged parents to understand what their students were studying and help with homework when they could.

“We are currently predicting a budget deficit short of one month’s operating balance,” he said. “This deficit will change as we amend our budget.”