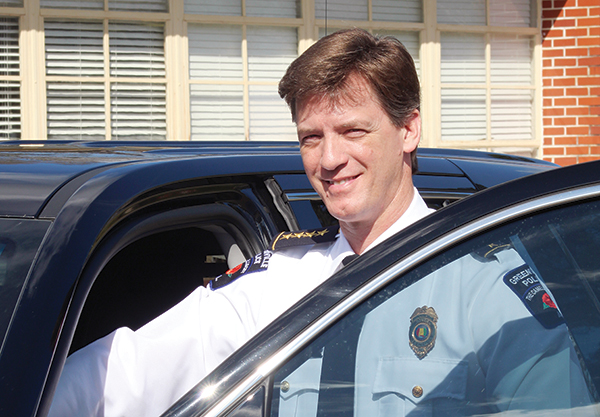 Crime in Greenville was down 38 percent in 2018 as compared to 2017 and the city’s closure rate on cases was up 5 percent, according to Police Chief Justin Lovvorn.

Lovvorn said officials have several reasons they feel crime is decreasing in the Camellia City.

“The Greenville Police Department is working hard to make Greenville a safer place for all those who live and work here,” he said.   “We have not only decreased the total amount of crimes, but increased the amount of cases solved during the same time frame.  The department has implemented several new strategies to lower crime in the last two years.  This includes concentrated patrol areas, unmarked patrol units, exceptional training for officers, the use of cameras and community policing based initiatives.”

Lovvorn explained that the concentrated patrol areas help officers focus on places that have had more criminal activity than others.

“We break down the crimes that occur by looking at the times and locations that we have the most problems,” he said. “The officers will spend more time and saturate the area by patrolling and interacting with the those who live in the affected area in order to be more visible and deter crime.  The Greenville Police Department also uses unmarked units to patrol areas in order to catch a crime in progress.  They can easily blend in long enough to see what is occurring before a criminal realizes that it is a police car.”

Extensive training for officers is also a part of the process as officers use their training to solve and prevent crimes. This includes the following type trainings that have taken place over the last two years:

Lovvorn said other methods are also being employed by the department to help prevent crime.

“Greenville PD will also use cameras at strategic locations around the city that aid us in solving crimes once they happen,” he said. “The information on these cameras is confidential and are to only be used in the event of a crime taking place.  We do not use them to write traffic citations, however we do monitor traffic with them to determine problem areas.”

Lovvorn also stressed the importance of officers being out in the community.

“One of the most important things the Greenville Police Department has done over the past two years is Community based policing.” He said.   “It is a top priority for the Greenville Police Department to build a relationship with the community we serve.  To be truly successful requires that we earn the communities trust and respect.  The Greenville Police Department has developed and implemented several outreach programs to involve our community and provide for their needs.  GPD has started a Cops and Kids day that is held at the police department once a year.  This allows adults and children to come out and meet the officers in a neutral setting.   We grill free hotdogs and have games for the kids, as well as, an air jumps obstacle course.  We also have our vehicles and equipment on display for everyone to look at and learn how we use them.  There are other vendors who are invited to show off there equipment as well.”

The efforts are taking place not only in the city’s neighborhoods, but in its business districts.

“Our officers have also made it a point to enter each business and speak to the employees to find out if any problems exist that we can help them with,” Lovvorn said. “We also offer trainings for civilians including what to do in the event of an Active Shooter, Self-defense classes, Risk Assessment for businesses and schools, Robbery prevention, Safety awareness, and a Firearms familiarization course.”