One injured in Highway 31 wreck 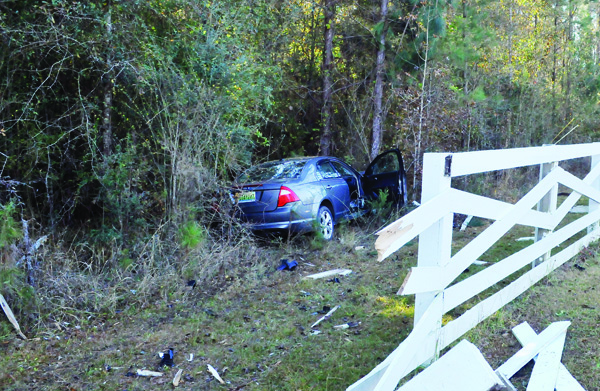 Last Friday morning at around 8:30, a single car accident occurred on Highway 31 near the Chapman Post Office. Butler County Sheriff’s Office deputies, the Georgiana Police Department and Alabama State Troopers responded to the wreck, which injured one.

The driver, a male, was believed to have lost consciousness at the wheel, according to Butler County Emergency Management Director Kris Ware. The driver left the roadway while traveling toward Georgiana on Highway 10 crashing through a wooden fence.

GEMS Ambulance Service transported the driver from the scene of the wreck to Georgiana Hospital where he was taken by med flight to Montgomery.

No further information was given at the time of the accident.