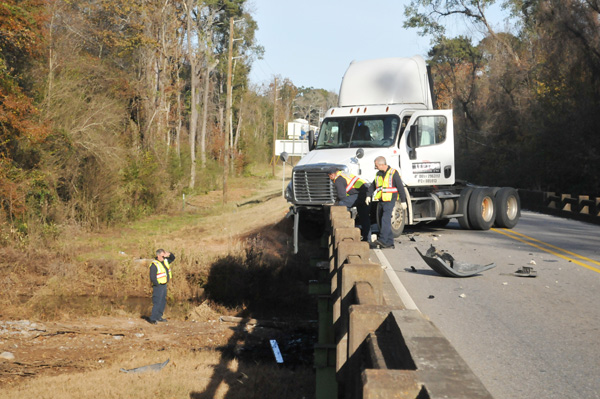 After eight hours of work, the Alabama Department of Transportation with assistance from the Greenville Police Department and Butler County Sheriff’s Office was able to reopen the Highway 10 bridge near the Greenville bypass late Wednesday night.

At around 2 p.m., a semi-truck was traveling westbound on Highway 10 when his vehicle struck a portion of the guardrail on the bridge near the WGYV office. The driver was not injured, but the wreck forced the bridge to be closed for safety reasons. The bridge was open again just before 10 p.m.

Greenville Police Chief Justin Lovvorn said no official cause of the wreck has been given at this time.

Ware said ALDOT would be back in a few weeks to replace the temporary guardrails, installed following the accident, with permanent cement blocks.