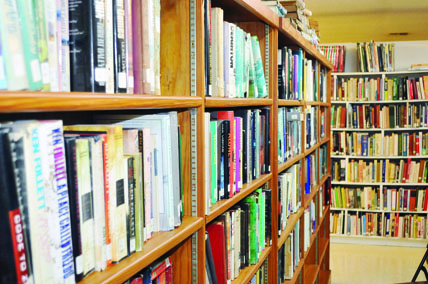 Since the early 1980’s, the Leonard Platt Home on Mill Street in Georgiana has served as the home of the Rose Memorial Library. This was the fourth location of the library, which was originally founded in 1927 by the Three Arts Club of Georgiana and Chapman.

Now, in 2018, the Rose Memorial Library is alive and well in a new home once again. Members of the Three Arts Club are currently in the process of moving the library from Mill Street to the former pre-kindergarten Head Start building on Ebenezer Street behind Trustmark Bank in Georgiana.

Lisa Lowe, president of the Three Arts Club, said the move to the new building was out of necessity.

“It just got to where we were too cramped at the old location,” she said. “We were also getting a good amount of donations and running out of room for books. This new building wasn’t being used, so it worked out well. We worked alongside the City of Georgiana to make the move possible.”

The Three Arts Club began moving all of the books earlier during the summer. After nearly five months, almost all of the books have been moved. Now, the club must work to organize the library and get books on shelves.

“We’re excited to have this big space because of the features it’s going to allow us to add,” Lowe said. “We’ll have a whole room where old newspapers will be stored, there will be a children’s book area and, of course, all of our regular books will be available. At some point soon, we want to add Internet access inside the building.”

All of the books inside the Rose Memorial Library are sorted by use of the Dewey Decimal System. Lowe said this would have been quite a challenge if not for some experienced guidance.

“Betsy Waggoner is a retired librarian and has helped so much when it comes to getting the books organized,” she concluded. “The entire club has done an outstanding job moving locations. We’re all very excited and can’t wait to open up for the people in Georgiana and surrounding communities.”

Lowe said the Rose Memorial Library is set to open in early 2019.