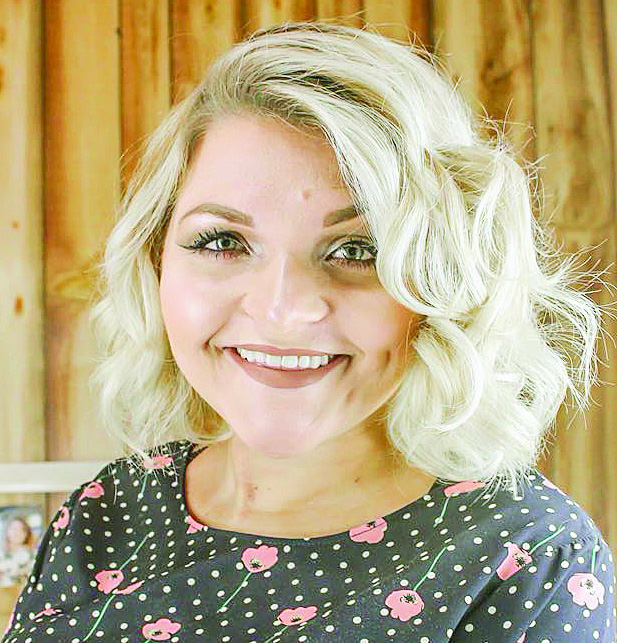 Butler County artist Chelsea Huggins was in an inspiration to many people throughout the south Alabama as well as the country.

Last Thursday, Huggins was killed in a one-vehicle crash on Interstate 65 near the 107 exit south of Georgiana. She was 26 years old.

According to the Alabama State Troopers office in Dothan, Huggins was driving a 2014 Chevy Silverado when it left the roadway and struck a tree. The wreck occurred at around 10:25 a.m. She was pronounced dead at Georgiana Hospital soon after the wreck.

The inspiration behind Huggins’ art was not always the artwork itself, but rather how she went about creating it.

In 2010, Huggins was in a car accident, which left her paralyzed from the chest down. She went on to earn a college degree and eventually began mouth painting. Painting with her mouth started out as a therapeutic activity during Huggins’ long recovery and rehabilitation, but quickly became a meaningful way to express herself creatively and share that creativity with others.

Huggins’ art has been featured in the Lower Alabama Arts Center in Andalusia, the High Horse Gallery in Greenville and one of her paintings was chosen in 2014 for a display at the Reeve Foundation Headquarters in Short Hills, N.J. as part of a 10-painting collection for Expression of Paralysis.

Julie Swann is a Greenville native and avid art collector. Among some well-known pieces of art hanging in Swann’s house are several pieces by Huggins.

“I’ve got about six of Chelsea’s pieces hanging throughout the house and I’ve bought some just to give to family members and friends,” she said. “Chelsea told her story through paintings. Her story was one of positivity and perseverance. Not only was that evident through her paintings, but also through how she lived.”

Swann also commissioned Huggins to do several paintings for her two daughters.

“Chelsea was an amazingly charismatic woman who left her mark on everyone she came into contact with,” Swann said. “Her legacy will be how she was able to inspire others through art. She just embraced life and took advantage of opportunities that people who aren’t handicap don’t take advantage of. I really hope she knew what her art and life meant to others.”

A memorial service was held for Chelsea on Monday. Most of her artwork can be seen at www.facebook.com/mouthartbychelsearaehuggins