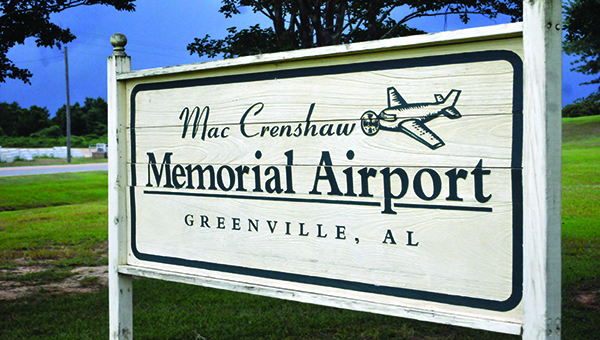 Pilots arriving at the Mac Crenshaw Memorial Airport in Greenville will enjoy smoother landings once resurfacing work on the runway is completed.

The $3 million project began earlier this month and will ensure that pilots will no longer have to endure bumpy landings.

In July, the City of Greenville announced the funds for the runway after Alabama Sen. Richard Shelby (R-Ala.) awarded more than $25 million in statewide improvements to airport infrastructure.

Greenville Mayor Dexter McLendon spoke highly of the new project when he knew the funds would be available.

“This is a really big deal because the airport provides us with a lot of economic development opportunities,” he said. “We got a grant similar to this in 2000, which allowed us to expand the runway from 3,800 feet to 5,300. That length allows jets to land at our airport. With this money, the runway will now be in good shape for a long time.”

During last Monday night’s council meeting, Mayor McLendon requested that all hangar fees be forgiven until the runway project is complete.

“The planes had to move because of the project and the runway is closed,” he concluded. “I don’t feel we should charge hangar fees since the planes can’t use the runway.”

The council unanimously voted in favor of the request.