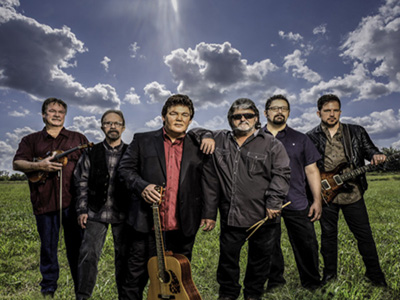 The Greenville Area Arts Council will begin its 2018 season, which is sold out, Thursday night at the Ritz Theatre with the band Shenandoah performing live.

There will be a pre-show party on Commerce Street in front of the Ritz beginning at 5:30. Greenville City Police will block off the section of Commerce Street during the party. Doors for the show open at 6:30.

Shenandoah has performed as a group for more than 30 years with several Grammy, CMA and ACM awards to their name. Shenandoah just released their second single, “That’s Where I Grew Up,” from Reloaded — the band’s first new album in 20 years that dropped in March of 2018 and debuted in the Top 20. The album blends live versions of their No. 1 hits with three brand-new tunes produced by Jay DeMarcus of Rascal Flatts. Most fans will remember the band’s hits like “The Church on Cumberland Road,” “Sunday in the South,” “Two Dozen Roses,” Next to You, Next to Me” and “If Bubba Can Dance (I Can Too.)”

Lead singer of Shenandoah, Marty Raybon, has Greenville ties and is looking forward to playing in front of close friends and family.

“My parents grew up in Midway, and I lived in Greenville for a short time,” he said. “So, I’m very familiar with the city, and the people. It’s going to be a blast to play inside the Ritz.”

Raybon said when he was told about the show he was a little surprised. He thought the concert may be held at a different venue.

“Our agent told us about the show, and I said, ‘Are we playing on the field at Fort Dale,’” he laughed. “The Ritz is a very nice venue, and we’re excited about the intimate setting. We’ve played lots of shows with huge crowds, and those are fun, but there’s something about playing to small crowds. You really get to connect with the audience in a way that you can’t when it’s a big crowd.”

The 450 people who will pack the Ritz Theatre Thursday night will get the same kind of show that a crowd of 4,500 would get when Shenandoah begins.

“We try to entertain people the same no matter where we play,” Raybon said. “I’ll never forget, it was many years ago when we played a fair in West Virginia. We were at the autograph table afterwards and this young couple came up and told us that they didn’t pay their power bill for the month so they could come see us. I don’t condone not paying your bills, but that was an eye-opening moment for the whole band. We’re blessed to have the ability to offer people entertainment. Thursday night is going to be a treat for us, and we hope it is for the people of Greenville.”