Seven injured in 10-vehicle pileup on I-65 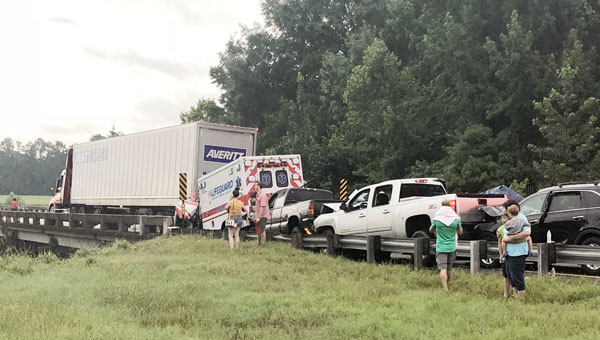 Of the 10 vehicles involved, one was a Lifeguard ambulance.

The wreck occurred at about 5:30 p.m. at mile marker 138 in Butler County. Alabama State Troopers were on the scene, along with other local first responders to assist the victims.

There were no deaths as a result of the crash, but seven people were transported to nearby hospitals with non-life threatening injuries, according to a statement issued by Cpl. Justin Vann with the Trooper Post in Troy.

State troopers are still investigating the cause of the crash.

Look for more information on this story in this Saturday’s edition of The Greenville Advocate.

Change on horizon for county BOE