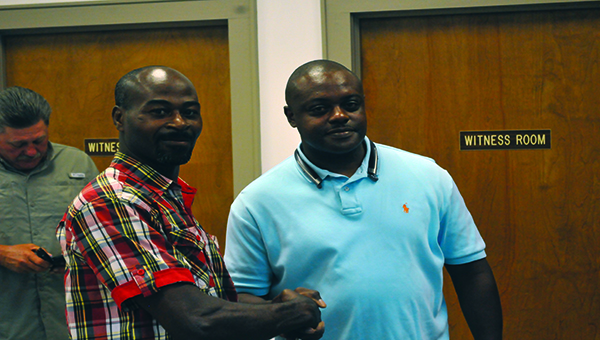 The primary elections in Butler County proved to be a tough outing for a few incumbent candidates.

Ollie Scott defeated current coroner Wayne Garlock by a little under 100 votes. That race was also on the democratic ticket.

Cook has been the police chief in Georgiana for the last year. Harden has served as the Butler County Sheriff for several terms.

The votes began coming in at around 8 p.m. Tuesday night and the last box was counted at 9 p.m.

Cook will now go on to face Republican Danny Bond in the general election in November as the Democratic candidate for Sheriff.

Family members and friends were in attendance at the Butler County Courthouse annex to celebrate with Cook and Scott when their win was officially announced.

Here are the primary results from other races around the state: