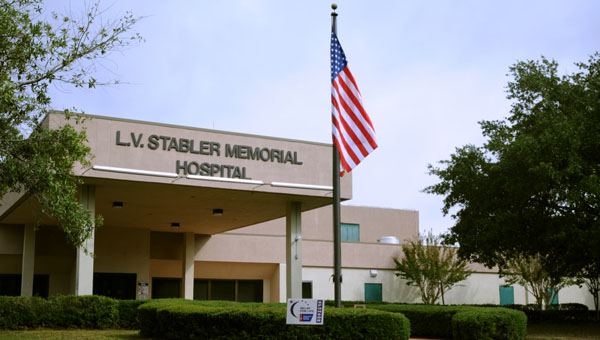 Quorum Health Corporation announced in a press release Monday that an affiliate of the company has signed a definitive agreement to sell the 72-bed L.V. Stabler Memorial Hospital in Greenville and its associated assets to the Health Care Authority of the City of Greenville.

Greenville mayor Dexter McLendon said that the authority’s purchase was a step toward ensuring that residents of Butler County would continue to have access to quality medical care.

“It is our desire to be able to offer the best health care possible for the citizens of Greenville and Butler County,” McLendon said.

“The signing of this agreement is a step in that direction.  L.V. Stabler has a proud legacy of providing outstanding service to the people of our area, and we hope to be able to continue that for many years to come.”

McLendon detailed plans in July for the city to also enter into an agreement with UAB Health Systems to manage the hospital.

“This is a very good opportunity for our city to have a hospital managed by UAB at a very minimal cost,” McLendon added.

“Thanks to legislation passed in 2016, it allows UAB to come in and assist rural hospitals.  We’re very excited about the potential of having UAB be a part of our health care system, not only from their expertise and technology, but also by putting us in a position to have access to more physicians.”

“We think the chance to work with the city moving forward is a wonderful opportunity,” Rentfro said.

“And the plan to affiliate with UAB—known in our region as a top health care provider—is nothing but great news for the residents of Greenville, Butler County and the surrounding areas.  It’s just a wonderful opportunity for us.”

Rentfro added that the purchase would mark a significant turning point in the lives of its staff, but that the resources and reputation of UAB would make it one for the better.

“I think in many ways, it is very much a new chapter for the organization,” he added.

“Some of the things—the hands-on folks and clinicians who provide great care, for example—have to keep providing that great care. With the future affiliation with UAB and those tremendous clinical resources that may become available to us, it’s them parlaying what we have already and just compounding that into something even better.  This next chapter is really going to be exciting.”

Quorum announced net operating revenues of $530.1 million for the quarter ending June 30, an improvement over last year’s figure of $529.7 million during the same quarter.

The improvement is attributed to the company’s divesting of hospitals to improve its financial situation, which could continue well into 2017’s third quarter.

In addition to L.V. Stabler, Quorum completed the sale of Trinity Hospital in Augusta on June 30, a few weeks after reaching an agreement to sell two of its Pennsylvania hospitals.

McLendon said finalization of the agreement between the city and Quorum should take place in October.