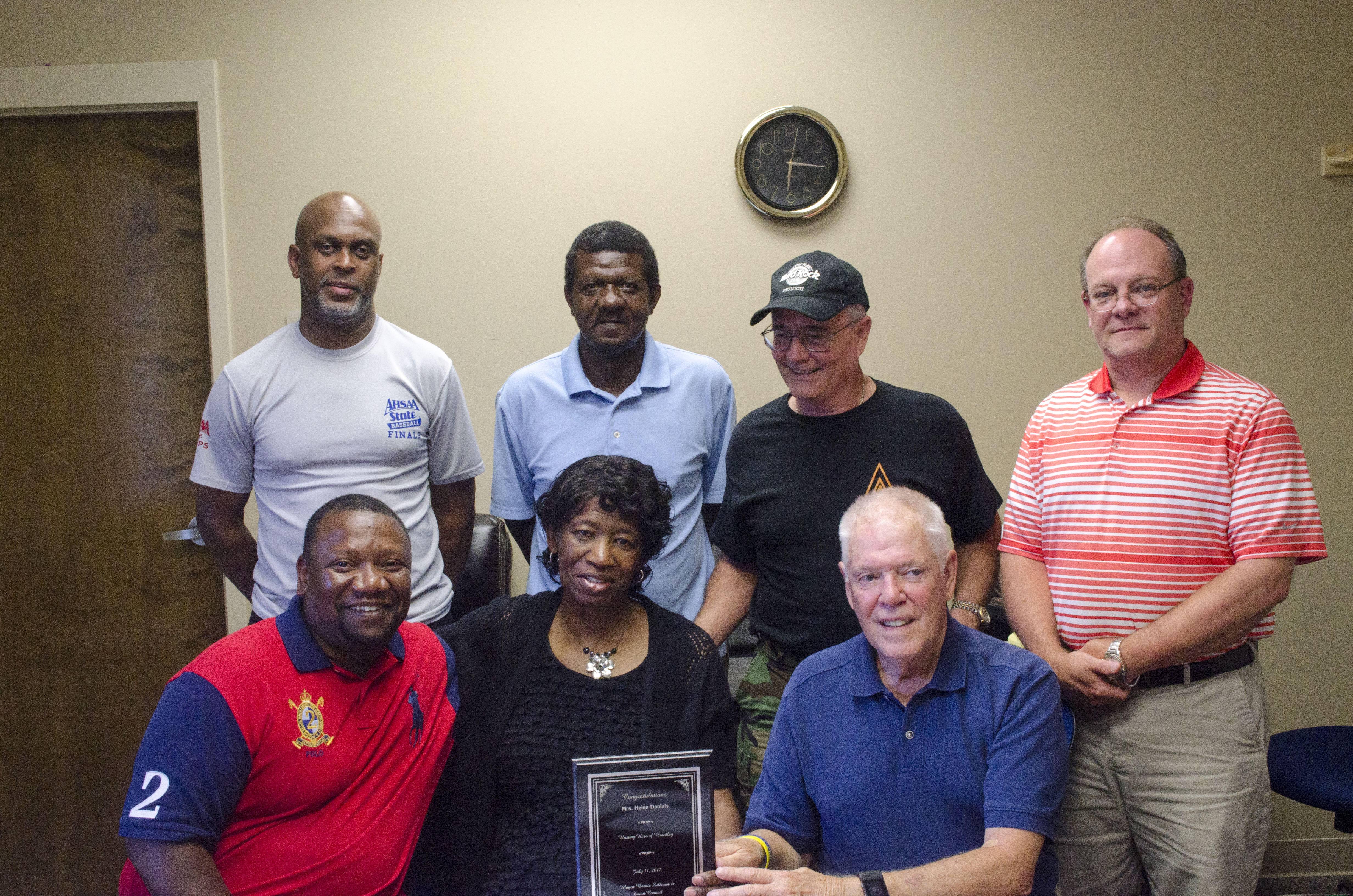 Helen Daniels(center) was honored as the unsung hero of July at the Brantley city council meeting on Tuesday night. The council will honor one person a month for their service to the city. Journal Photo/Scott McLendon

“I wanted to recognize people while they are yet alive,” White said. “A lot of people within Brantley have contributed amazing things to our town that we have no clue about. We want to give these people their flowers while they are still living.”

The program has been in the making since May, when the council approved to back it.

“Pastor White came to the council about two months ago and asked if we’d entertain the possibility of having someone put together an unsung heroes program for people who aren’t always patted on their back for the things they do within the community,” Brantley mayor Bernie Sullivan said. “He wanted to do monthly, so I said certainly, bring it before the council. The council voted to approve it, but it was really White who got it started.”

Daniels has been a diligent resident of Brantley. She assists not only with community efforts, but also on a person level with residents.

“She a sitter,” White said. “She goes above and beyond people. Whether its helping with kids, or assisting people with their bills, she really gives back.”

In order to be selected as an unsung hero, a nomination must be made. From there, the Brantley council will collect information on the person nominated and present them before the coucil during their monthly meetings, on the second Tuesday of each month at 6 p.m.

“We’re going through all of the nominations,” White said. “Once you’ve been submitted it’s a done deal. You will be recognized.”

Nominations can be made through Brantley’s Town Hall or through the Brantley town email at brantleyalabama@gmail.com.

“We hear all about the people that are big time, but you don’t really hear about those folks that are really out there building our communities,” Sullivan said. “This is a chance to reward those people.”