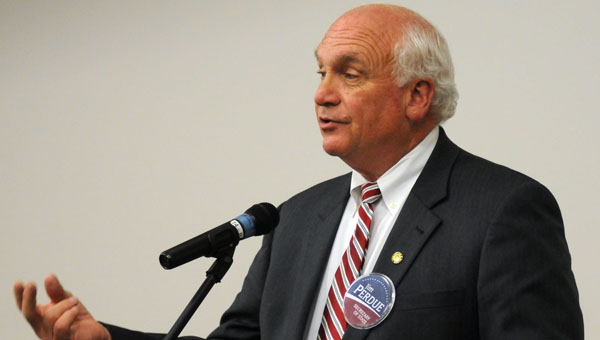 Perdue’s last day will be Friday, July 7. He has served in the position for two years. Journal Archive Photo

“This is part of the on-going transition and evaluation of the current administration,” Ivey’s press secretary Eileen Jones told Al.com. “It was a business decision and not a personal one. A new commissioner has been identified and will be announced next week.”

Perdue said he didn’t know it was going to happen. On July 1, he completed his second year in the position. The department provides support for those with mental health issues, intellectual disabilities and substance abuse problems. Perdue’s last day will be Friday, July 7.

Since taking office in April, Ivey has called for the resignation of Bentley’s cabinet members. She has accepted most of them.

Prior to his appointment, Perdue served as probate judge in Crenshaw County for 12 years. He also is a former president of the South Central Alabama Mental Health Board.