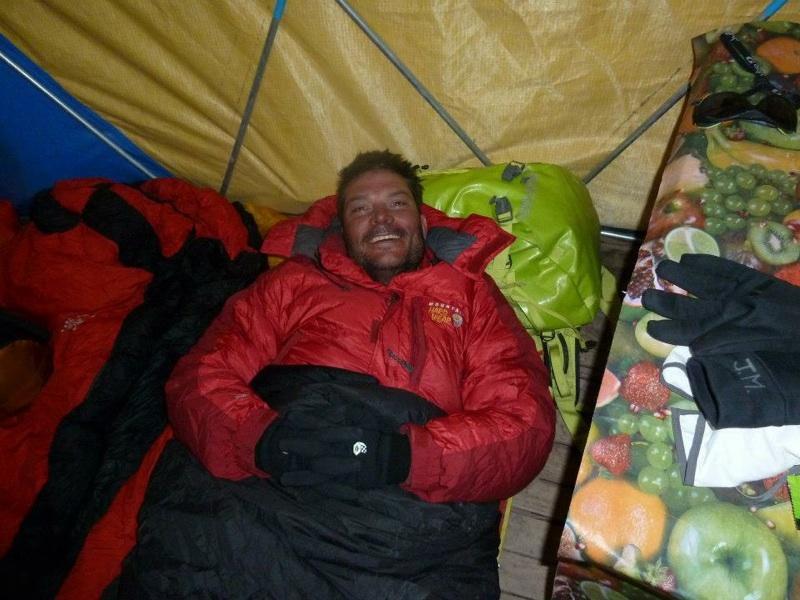 Georgiana physician and climber Roland Yearwood died near the summit of Mt. Everest Sunday morning near a region of the mountain known as the death zone (an altitude above 26,000 feet). Yearwood had previously survived an ordeal during a previous expedition in which a massive 7.8 earthquake struck Nepal in 2015, causing an avalanche that killed 18 climbers.

Climber and Georgiana physician Roland Yearwood has died near the summit of Mount Everest. He was 50 years old.

Yearwood’s cause of death has yet to be determined, according to authorities. Also unknown is whether Yearwood was ascending to the mountain’s summit or descending when he died.

It has been reported that Yearwood died at an altitude of 26,247 feet (roughly five miles) in a region of Mt. Everest called the “death zone,” the name given to a certain that presents myriad problems to climbers, including frostbite of body parts exposed to the air, high winds and low atmospheric pressure that limits available oxygen to climbers by as much as two-thirds.

“We are trying to confirm the reason,” said Dinesh Bhattaria, director general of Nepal’s department of tourism.

Yearwood was trained as a doctor in London and New York before settling in the southern end of Butler County, where he has served as a primary care physician for the past two decades. He leaves behind an ex-wife, Amrita, and two daughters.

He was a member of a team led by fellow American climber Daniel Mazur for SummitClimb, an expedition firm that offers high-altitude mountain climbing and trekking experiences at a cost-efficient level.

Yearwood was no stranger to SummitClimb, as he was a part of a guided group climbing to the peak of Mt. Everest with the expedition firm when a 7.8 earthquake struck Nepal in 2015. The earthquake trigger an avalanche that buried part of Mt. Everest’s base camp and killed 18 people on the mountain, though it was later reported that Yearwood and everyone within his group was safe.

Saturday, Mazur shared news on social media that one member of the expedition and a Sherpa guide has reached the top of Mt. Everest, with “one more on the way.”

The entire group had made it to the mountain’s South Col area by Friday, which is where Everest’s death zone region begins at roughly 26,000 feet.

The climbers received a radio call signaling them to halt their progress due to reports that the summit was especially windy.

Yearwood is the third climber who has died on Mt. Everest this spring climbing season, which began in March. Swiss mountaineer Uli Steck fell while on a training run earlier this season, and Min Bahdur Sherchan, an 85-year-old mountaineer, suffered a heart attack at the base camp on May 6.

This story will be updated with more information as it is made available.