A recent crime spree affecting three local churches has come to an end, thanks to the efforts of the Butler County Sheriff’s Office. 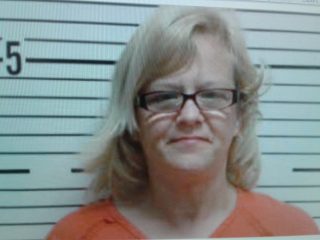 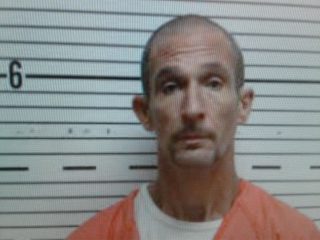 James L. Waller, a 38-year-old white male, and Christie Hughes Taylor, a 43-year-old white female, have been charged with multiple offenses relating to the theft of air conditioning units and other equipment taken from three Greenville Churches and a nearby hunting camp in the past week.

Waller and Taylor, both Greenville relatives, operated in tandem.

Waller claimed responsibility for burglarizing Oak Valley Baptist Church, Bragg Hill AME Zion Church and Sweet Home AME Zion Church, as well as a hunting camp located on Moseley Road.  A washing machine, a dryer, an air conditioner and a heater were stolen from the camp.

And, according to Butler County sheriff Kenny Harden, Taylor helped sell the merchandise.

“She was putting it on the Buy, Sell and Trade site, and she actually sold some of the air conditioners,” Harden said.

“We got a good bit of the stolen property back—we’ve still got some items we’re looking for, such as a keyboard, speakers and a microphone, as well as one air conditioner that we know of.”

Last Tuesday night, a break was made in the investigation thanks to a concerned citizen’s tip.

“We obtained a search warrant Wednesday and went to a residence on Ridge Road and searched it, and there we found two more air conditioners and two stepladders that we knew were taken from one of the churches.  And we also found a meth lab.”

Harden called the discovered meth lab a “shake-and-bake” operation, which is considered one of the easiest but most dangerous ways of processing meth.  As the name implies, it involves placing the ingredients in a non-pressurized container and shaking it.  Though no heat is required, it’s just as dangerous as more complicated procedures, and it can still result in powerful explosions.

“We’ve been receiving word on it for a good while, but it’s the first time we’ve been able to act on it,” Harden said.

“It’s a growing issue.  But any time we get any information on meth, we try to stay on top of it.”

Though the immediate danger facing local churches seems to be over, Harden said there are still precautions that can be taken to prevent a similar situation from occurring.

“A security camera system is ideal, but I know it’s hard for some churches to do that,” Harden said.

“And having lights outside the church helps.”