Losing a loved one is never easy. Even in the most peaceful circumstances, death has the ability to rock our world. Imagine losing someone violently, and having no idea what happened to them. In February, I celebrated one year with the Luverne Journal. In that year, I have met amazing people and attended amazing events. One of my first jobs as an intern last summer was to cover the Prayer Vigil for DeLange Harris. 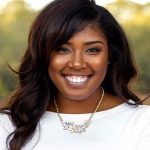 At that time, I hadn’t spent much time in Crenshaw County. Though I am from neighboring Pike County, at the time of DeLange’s murder, I was away at school at the University Of Alabama. So, when I was assigned to cover the story, I had to research the case. What I found has left a special place in my heart.

In 2016 when I arrived to the vigil, I knew no one. The church was hosting a Mother’s Day event, so everyone invited me in for food. After being at the church about 30 minutes, I saw her. The face that resembled her only son’s, Mrs. Dora Harris. Harris had a smile as big as a county acre, and as warm as the summer sun. She greeted everyone in the room, and introduced herself to me. On the fifth anniversary of her son’s death, she was so joyful. She hugged me and told me she was happy I was there. During the vigil, I met several people who, too, had connections to DeLange. In the cemetery, two things filled the air — optimism and love. I remember Mrs. Dora saying that 2016 was the year that her son would see justice. She proclaimed it loudly, and everyone in the cemetery echoed her sentiments. In the weeks that followed, Mrs. Dora and I conversed several times. We worked to put together a story that would make people aware of the progress in her son’s case.

Later on in the summer I would meet see Mr. John F. Harris, DeLange’s father, advocating for justice. Though the family put forth much effort, 2016 was not the year that DeLange saw justice.

So when Mrs. Dora called me again, informing me that it was time for another vigil, I knew I would be there. I took up a special charge this year. I wanted the community to see the strength of this family. I wanted Mrs. Dora and Mr. John’s love for their son to shine through with every flicker of my camera. I wanted people to see the love his sister, Apreede, has for her sibling that she lovingly calls “Brother”. I wanted 2017 to be the year their family saw justice.

I am the middle child of my family. I have an older brother and a younger sister. My brother will celebrate his 31st birthday this year, like DeLange Harris would’ve May 1. In 2015, my brother was in a near fatal car accident. He broke several bones within his body and spent a month at UAB Hospital. I remember during that time feeling extremely divided from my close-knit family, yet everyone was focused on my brother.

He couldn’t speak for weeks, couldn’t walk for weeks, but he was the same guy who ran me up a hill when I got my foot stuck in a bicycle chain. He was still my very first best friend. I think of DeLange, and it reminds me of my brother. I think everyone in the community should try to make a connection to this case in much the same way. My family is lucky, my brother came home. We have that peace.

The Harris’s deserve peace as well.