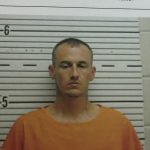 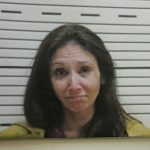 A five-hour standoff between authorities and a Greenville man came to a peaceful conclusion Thursday evening in Georgiana.

J.J. Mount, a 34-year-old Greenville resident who had been evading the Butler County Sheriff’s Office for several months, has been charged with third-degree theft of property, probation violation and discharging a gun into an occupied vehicle after authorities deployed tear gas into the Georgiana home he had barricaded himself in for five hours Thursday evening.

“Deputies went down there and knocked on the door, and they heard somebody inside,” Harden said. “He would not come to the door, so we secured the perimeter.  We finally get in touch with the person who actually lives there, and we were able to get the information over a period of time that he was in the house.”

Harden said that officers eventually established communication with Mount via telephone, and spent anywhere from two and a half to three hours trying to get him to come out, to no avail.  The remainder of the time was spent trying to determine whether he was in the house at all, and whether he was alone.

The surrounding area in the neighborhood was evacuated because Mount told authorities that he was armed with a  .45 caliber handgun.

“It turned out that he was not armed,” Harden added.  “But that was the information we had at the time.”

“It was determined that he was in the house by himself, so that’s why we deployed the tear gas.  If he’d had a hostage, we would still be talking to him.

We’d also like to thank the Greenville Tactical Team and the Georgiana Police Department for their assistance.  We do have a good working relationship with the departments throughout the county.”

Additionally, Jamie Michelle Roberts, a 38-year-old Georgiana resident, was charged with third-degree hindering of a prosecution and possession of drug paraphernalia.

“It was her house, and she was actually there with him earlier,” Harden said.