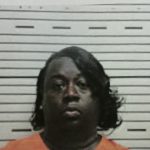 A Butler County correctional officer is finding herself on the opposite side of bars following her dismissal and subsequent arrest Friday morning for promoting prison contraband.

“We received information that she had been bringing contraband into the facility, such as cell phones, and that she was being paid to do it,” said Butler County sheriff Kenny Harden.

“After the investigation, we talked to her and she did confess to it. She brought a cell phone in and got paid for it.”

Hardy had been employed with the Butler County Correctional Facility since April 2016, though it is unknown how long she had been bringing contraband in at this time, nor how often she had done it.

Harden said that upon interrogating her, she expressed regrets for the crime she had committed.

“I told her ‘the good news is I’m firing you. The bad news is you’re going to jail.’”

She was terminated and placed in the local facility, though she was transported to another facility because she served as a correctional officer here in Butler County.

Bringing a cell phone into a correctional facility for an inmate’s use is a felony, punishable by anywhere from one to 10 years of jail time.