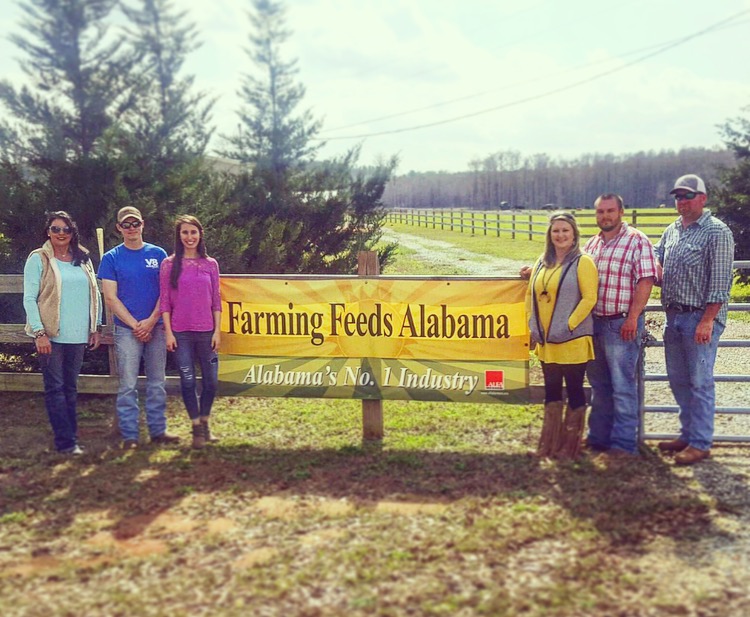 Since it was established in 2014, the Crenshaw County Young Farmers committee has worked throughout the community to bring awareness to the evolution of agriculture.

An affiliate of the ALFA Farmers Federation, most counties statewide have a Young Farmers committee.

“You can have a 500 acre farm and chicken houses and cows, or you can just be somebody that wants to help.”

With much of the country moving away from agriculture as a profession, Jones says the future of agriculture is important.

“Production agriculture is on a downward spin,” she said.

“With two small children, I want them them to know about agriculture, and know that it’s something that’s there for their future.”

The committee assists with many events throughout Crenshaw County, including Kindergarten Farm Day and Farm Safety Day.

“If there is a need, we try to participate,” Jones said.

“We also try to come up with events as well.”

Jones says that partnership and sponsorships help the group increase their participation and further their outreach. The committee partners with the local Kiwanis Club, Alabama Cooperative Extension System and Alabama Farmers Cooperative.

In 2014, the committee began their partnership for Kindergarten Farm Day.

“Kindergarten Farm Day was something that was already in place,” Jones said.

“We brought some new activities to that, and it’s really made the difference.”

New ventures are on the rise for the Young Farmers. They recently assisted with Crenshaw Christian Academy’s Daycare Farm Day, supplying farm animals and a cow train ride.

Next, they hope to sponsor a food drive for residents of Crenshaw County.

“We’re hoping to host a food drive in the county where all of the FFA chapters can compete, and we’ll reward the winning chapter,” Jones said.

Even though members volunteer, they still make time to compete in farming competitions. Jones recently competed in Excellence in Agriculture. In 2015, Vice Chairman Christopher Hilburn and his wife Nikki were named Poultry Commodity Division winners in the Outstanding Young Farm Family competition.

There are currently just over 10 members in the committee, with members required to be between ages 18-35.

“We want to continue to grow our group, and add to our existing activities,” Jones said.

“Overall, we want to see an increased popularity in agriculture, and have that continue on for the future generations.”