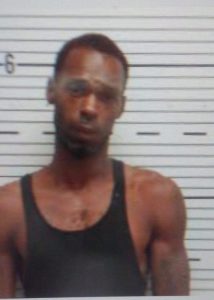 An escaped Butler County Correctional Facility inmate is back behind bars following a four-day hunt that extended well beyond the boundaries of the Camellia City.

Authorities have apprehended Cedrick Poole, a 35-year-old black male, who escaped from the jail Tuesday evening, according to a tweet from Greenville Police Department chief Justin Lovvorn.

On Friday at around 1 p.m., Poole was found at a residence on Cobb City Road and placed into custody.

Butler County sheriff Kenny Harden said that Poole had earned recognition as a trustee, meaning he had displayed the ability to get along with other inmates, trustees and correctional officers, and thus was granted additional privileges.

“He was a trustee, and he was sent to go get some ice,” Harden said.

“The correctional officer thought that was where he was going, so they opened the door for him to go out to the sally port. Instead of getting ice, he crawled under the gate where his girlfriend was waiting outside for him at the next building. And he ran and jumped in the vehicle with her.”

The Butler County Correctional Facility’s camera system recorded footage of the incident. That footage, as well as the aid of U.S. Marshals, aided Butler County authorities in not only the capture of Poole, but also his girlfriend, Katrina Hamilton, who was charged with second-degree escape.

Authorities received a tip early Friday morning at approximately 1 a.m. regarding Hamilton’s whereabouts, and she was placed in custody approximately 30 minutes later.

Poole was charged with possession of a controlled substance and probation violation on Oct. 27, 2016.