Family recovers after loss in Louisiana 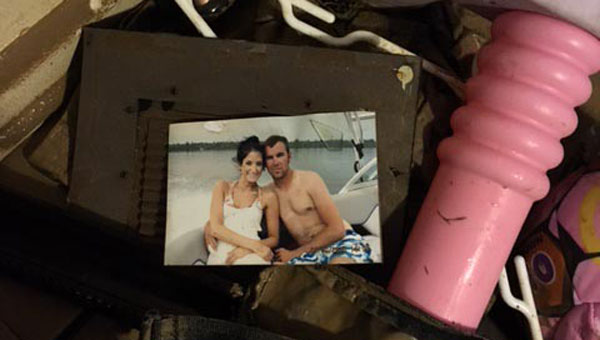 When the Martins returned to their home, very few of their belongings were salvagable.

In August, prolonged rainfall in Louisiana resulted in catastrophic flooding that submerged thousands of houses and businesses. Louisiana’s governor, John Bel Edwards, called the disaster a “historic, unprecedented flooding event” and declared a state of emergency.

The record two-day rainfall in those areas had a 0.1 percent chance of occurring in any year, the equivalent of a “1,000-year rain”, according to the Lower Mississippi River Forecast Center.

With these floods came many families who were uprooted and forced to evacuate. One family soon found refuge with their Alabama relatives in the quaint little area of Honoraville.

Chad, Laci and Paisley Martin woke the morning after the floods and immediately sprang into action.

“It started the day before whenever Chad and Paisley were playing outside. We weren’t worried about the flood, because everything was fine around our area,” Laci Martin said.

“We went to sleep and woke up at 4 o’clock in the morning, and I could hear water rushing under the bed. I sat up and put my feet down and realized it was already ankle deep at that point.”

The family acted quickly to ensure safety, but sadly had no time to collect any items other than the clothes on their backs and their cellphones.

Upon opening the front door, they found the water to already be waste deep, which rendered their cars unusable. The family travelled to Laci’s brother’s trailer, which was much higher off the ground, and found family and neighbors all gathered in the area. 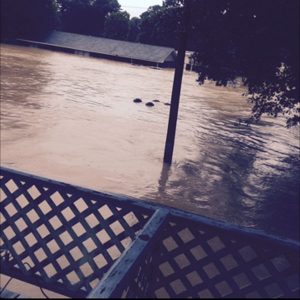 After seeing how high the water had risen, the Martins were forced to evacuate their home and seek shelter.

“We began praying when we woke up that morning, and we had family and friends praying for us through it all.  We are still thanking God for keeping us safe through something that could have been way worse,” Laci said.

“Our faith, family, friends and strangers helped us get through it all. People were on their boats helping rescue strangers from their flooding homes and vehicles.  The people of Louisiana and other states really came together to help those of us in need.”

A boat arrived for them around 8:30 a.m. that morning, and the Martins then stayed with an aunt and uncle for about a week. By that time, the water had g0ne down significantly and the Martins were able to go back to their home to see what was salvageable.

“There was so much mud from the river. Everything was just covered, windows had busted out and our vehicles both flooded all the way over the roofs. A huge beam had landed on the top of my car,” Laci said.

“It was a sight to see, but we just prayed the whole time and got through it.”

The family soon ventured to Alabama to seek shelter with Chad’s parents, Leisha and Mike Martin, in Honoraville.

Because of how unexpected the August floods were, many in Louisiana believe they caused more damage and more injuries than the 2005 Hurricane Katrina.

“This was definitely a whole lot worse than Katrina for where we were,” Laci said.

“They were playing outside in the puddles the evening before and it was just kind of raining. There was no warning or anything. If they had told us we should evacuate, we would have left and would have tried to put some stuff up high and take stuff we needed with us. We literally left with no shoes, so we had to make it the next days trying to get stuff we needed.”

In a recent trip back to Louisiana, the family was able to gather more from the wreckage, such as clothing, wedding dishes, photos and jewelry. While this situation surly can be seen as a tragedy, the family continues to look forward with a positive and thankful attitude.

For the time being, the family plans to stay in Alabama through the spring and continues to take it all one day at a time. Even though this tragedy has caused the family turmoil, they have come out on the other side closer and stronger as a family. They have also taken on a more minimalistic mindset for their future home.

“I know it might sound silly, but we had a lot of stuff stored and a lot of it we could have gotten rid of that we didn’t need. I’d say that I want less stuff, because we had so much,” Laci said.

“I realize now, living with the amount of stuff we have now, how we don’t need that much stuff. We could have given that stuff away sooner and helped other people.”

The Martins have also been moved by the amount of support locally and nationwide that has come to Louisiana during these trials, and they have a feeling that the help won’t stop anytime soon.

“My mother and father in-law got lots of donations from the people of Greenville, Alabama, and made many trips back and forth to deliver supplies to the flood victims in Louisiana,” Laci said.

“Our family and friends helped us go through our house after and tried to save the little that we could.  We are so appreciative and overwhelmed with all the love and support we’ve been shown from those who didn’t even know us.  People have truly been the hands and feet of Jesus.  It’s beautiful.”