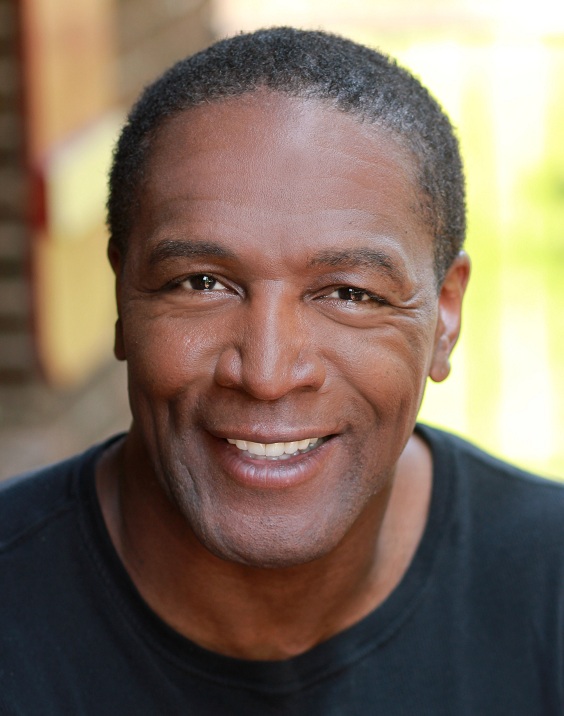 Darryl Booker spent many years of his youth in the Camellia City with his grandparents, but his blossoming acting career has taken him around the world.

Burgeoning actor Darryl Booker may have spent the vast majority of his youth at his grandparents’ home here in the Camellia City.

But a number of life experiences have since taken him from Hollywood to New York and everywhere in between.

In the past five years, Booker’s acting career has landed him small roles in commercials, television series such as CBS’s Steven King adaptation, “Under the Dome,” USA Network’s “Unnecessary Roughness” and a small role as Benny Bootlegger in the 2012 film “Lawless,” starring Tom Hardy, Shia LaBeouf and Guy Pierce.

But before all of that, Booker was a kid who visited his grandparents in Greenville each summer.

“From as far back as I can remember, definitely from the age of 2 until around my 18th birthday right before I went into the Marine Corps, every summer I’d come down and hang out,” Booker said.

His Greenville roots run deep, as evidenced by his grandparents, John Henry Fails and Gertrude Fails Payne, both longtime Greenville residents—so long, in fact, that the county named a road after them.

Booker still makes his yearly pilgrimage to the Camellia City for family engagements.

“Actually, I was there earlier this year to visit my grandma,” Booker said.

“I try to get there as often as I can now, especially given that my grandmother is advancing in age.  But we also have family reunions every other year, and typically we try to keep it down there for the older folks’ convenience, so I’m back and forth at least once a year.”

But his career as an actor spans only a fraction of Booker’s accomplishments.  In addition to acting, modeling and hosting, he’s also a world-renowned international speaker, trainer and consultant.

He received his MBA in information systems upon completing his doctoral coursework with Nova Southeastern University, as well as his master’s and graduate certificate in project management from both George Washington University and Keller Graduate School of Management.

In addition, Booker sports a bachelor’s degree in political science and psychology from Georgia State University as well as an associate’s degree in liberal arts from the University of Texas El Paso.

His breadth of experiences in terms of education left him with a number of potential avenues, but it was perhaps the most unlikely one that led to a career in acting.

“Part of it was the work I’d started doing from a consulting perspective—getting in front of audiences and giving them information in a somewhat entertaining type of way,” Booker said. “Several of the audience participants would come up and ask me after a session if I’d actually done or considered doing acting work.  It never really dawned on me at the time; I just enjoyed delivering topics in a fun and festive way.  And some of them actually recommended that I go and talk to some people and try some things out.

“From there, through the grace of God and being at the right place at the right time, I’ve had some good opportunities to get my feet wet, so to speak, and I’ve had a chance after that to hone my skills with various subjects from Hollywood-type productions in the Southeast as well as New York.”

In 2016, specialized actors and actresses don’t exist.  Gone are the days of names being associated with only films, television or commercials, and Booker chalks it up to competition not only in the traditional sense, but also in the form of new media platforms such as YouTube.

Though Booker enjoys all forms of acting, he said that working on traditional feature films still edge out other experiences for the sake of longevity and a chance for more exposure.

“I’ll do a feature film that’s a short-term engagement,” Booker said. “It’ll go to theaters and then to DVD or some other media, and from there it can be converted to the small screen.  As opposed to doing television, where 99 times out of 100 it won’t transfer to the big screen though the longevity may be there.”

Though Booker has more than a dozen acting credits to his name in his relatively young, it didn’t take him long to recount his favorite gig thus far.

“Hands-down, it was an independent film called ‘What Love Will Make You Do,’” Booker said. “It was premiered in theaters and has since premiered on Centric, part of the BET network.  But what makes it something that I enjoyed was being able to work with so many talented actors of my era, if you will, as well as working with a first-time writer-producer-director.

Booker’s recent commitments have taken him to Poland and beyond, as he just finished shooting a national commercial. In addition, he has a number of upcoming projects slated for 2017.

“We just finished a pilot for a new series called ‘Murder Chose Me,’ which will start premiering in January 2017,” Booker said.

“There are other things that I’m working on, but I don’t really feel comfortable saying to look out for them because they haven’t gone through the full process of being funded, budgeted, greenlit and produced.  But I hope to have several things in mid-2017.”