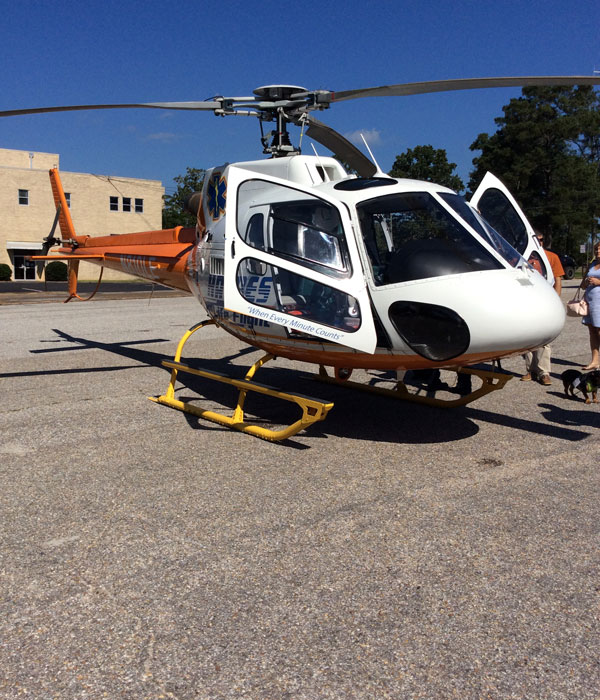 Members of Haynes LifeFlight were on the scene to show those in attendance an up close view of the helicopter.

Recently, the Crenshaw County Emergency Management Agency (EMA) partnered with the Luverne United Methodist Church (LUMC) and other emergency personnel in the county to host the first Emergency Summit.

“The Emergency Summit was an absolute success. Members of the public were able to gain critical knowledge of how their emergency services work for them not only in an emergency situation, but also on a day to day basis,” said Elliott Jones, Crenshaw County EMA director.

“Some of the most important responsibilities of the county EMA department are to form public education and public outreach. This summit served as a platform to achieve both.”

The idea came when members of LUMC wanted to have something done as a community awareness event. The summit acted as a way to help all of the community understand more about what kind of emergencies can occur in their areas and what to do when these events do occur.

“It’s something that the church wanted to do for community service. We had a good representation from the community and emergency responders,” said Shay McIntosh with LUMC.

“It was an idea that just snowballed and became this big thing we wanted to do. It wasn’t as well attended as we had hoped for, but it was our first one and it will not be our last. These are to help educate our community, inform our community and let them know what’s available to them.”

Admission to the summit, which was held in the LUMC Dei Center, was free, and door prizes were offered throughout the day.

Emergency response representatives from all across the county and state were on hand to give speeches and tell more about their particular field of expertise. Questions were answered at the end of each speech segment, and audience interaction was encouraged. 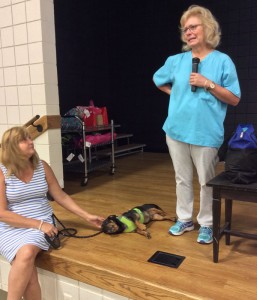 Representatives from Life South blood mobile were on sight taking donations throughout the day, and local veterinarian Dr. Alethea Gammage spoke to the community about pet safety and care during an emergency.

Haynes LifeFlight brought in a helicopter to show citizens an up close look into transporting victims, and Crenshaw County Sheriff Mickey Powell spoke on the role of law enforcement in times of emergency.

Peggy Hagler from the Alabama Department of Public Health (ADPH) spoke on the organization’s role and how they work with counties during disasters, William Neal from the Luverne Fire Department spoke on home fire safety and Scott Strickland from the Crenshaw County 911 system explained how to use and dial 911.

Mickey Norman spoke on emergency medical services, and Jones closed out the event with a speech informing the audience on the job of an EMA director.

Other organizations and representatives in attendance were the Crenshaw County Chamber of Commerce, Tim Hopper with the Crenshaw Community Hospital, Al Snellgrove with State Farm, the American Red Cross, Cash and Carry and LBW Community College Luverne Campus.

“We were very pleased about the way it went for the first time,” said Bob Yawn, pastor of LUMC.

“We’re definitely going to have a meeting and say we could have done this better, we won’t do this again and look over what was good and what could be done better. Overall, we were satisfied.”

The EMA office hopes that holding forums like these in the future will help alleviate some of the fear that usually accompanies disasters.

“As people gain information and understanding, they better know what to do when something happens,” Jones said.

“It’s just public education, and a lot of people don’t realize the different services the different agencies offer. This summit is a platform where people can learn that.”