John Halligan hugs one of his more attentive listeners during Monday afternoon’s special presentation. Halligan, whose 13-year-old son committed suicide in 2003 as a result of bullying, has been traveling the nation in an effort to prevent bullying by speaking to students and parents at high schools across the country.

For nearly 11 years—longer than many in his audience had been alive—John Halligan has travelled the United States to share a story of his deceased son, Ryan.

But in many ways, Ryan’s story has now become his own.

As a middle school student in Essex Junction, Vermont, Ryan was a frequent target of bulling both at school and online, even before the birth of social media networks.

In the wake of his son’s death, John Halligan has dedicated his life to visit as many schools as possible to share Ryan’s story.  On Aug. 29, that mission brought him to Fort Dale Academy for a pair of presentations—one to FDA’s students and faculty, and a second to the parents of the surrounding community.

Halligan’s son, Ryan, was one of the very early victims of what is now called cyberbullying, a form of bullying that takes place using electronic technology such as cell phones, computers, tablets, social media sites, text messages, etc.

Though cyberbullying has taken many forms throughout the decades, it derives from a common source—young people hiding behind a veil of anonymity, feeling empowered to say things about someone that they’d otherwise never say to their face.

“Back then, everyone was worried about pedophiles, predators and meeting up with strangers online,” Halligan said.  “The stranger issue is still out there, buy cyberbullying is a much more pervasive problem.

“I contacted internet safety companies and said ‘look, the bigger issue is how they’re mistreating each other.’”

In addition to speaking to students and parents across the nation, Halligan also chose to fight bullying through legal means.  Thanks to the Vermont Bully Prevention bill (Act 117), which was signed into law in May 2004, Vermont public and approved independent schools are now required to adopt and implement a plan for responding to instances of bullying.

He also led the passage of Act 114, a law pertaining to mandatory suicide prevention education in public schools in April 2006.

But Halligan’s biggest concession Monday is that neither the government nor parents are enough to fully eradicate bullying.

Instead it’s up to bystanders to call out questionable behavior.

“Nothing’s going to get fixed unless you fix it,” Halligan said.

“Peer pressure is often a negative thing, but it can be a positive thing, too.  Friends have all of the power and influence to stop this.”

Halligan also expressed that communication is key to battling depression.

“One of the things I tell young people a lot is that if you’re feeling depressed or suicidal, you need to express that clearly,” Halligan said.  ‘I’m thinking of killing myself.’  You have to be direct with the language because, as parents, I think we love our children so much that we can’t imagine that they would ever harm themselves.”

Halligan’s journey will take him back to Vermont, to California and then back to the east coast with a  Florida school all in the span of a few weeks.

Since 2005, travelling to schools and telling Ryan’s story has become his new purpose for living.  And now, 11 years later, he couldn’t see it any other way.

“I’ve got to be honest; I’m addicted to this now,” Halligan said.

“I know every time I do this that it’s affecting someone out there in a positive way.  I’ve got evidence; I’ve gotten emails and handwritten letters.  But I also know that I’m not going to reach every one of them.  No speaker can say they’ve got 100 percent of their audience captured.  But I know I’m getting somebody, even if it’s just one.  It’s worth it to me every time.” 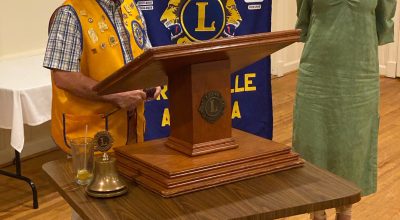