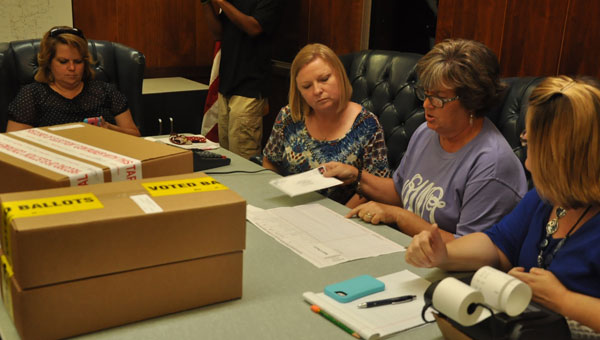 Local elections were held Tuesday night in Luverne and surrounding areas. For the City of Luverne there are 1,936 registered voters.

To run for the office of mayor, a candidate must be a registered voter on the day of the election, and must be at least 18 years of age. Candidates for municipal offices must meet the following requirements: must be registered voters in the city on the date the qualification papers are filed and must have resided within their district 90 days prior to the election and remain a resident of their district during their term of office.

“I want to thank those who supported me for City Council District Four,” Snellgrove said.

“Together, we can make a difference for Luverne. I appreciate your vote in the runoff on Oct. 4.”

The complete list of unofficial totals for each Luverne mayoral and city council candidate are as follows:

As of July 19, officers have already taken to their positions in the Town of Glenwood.

Running unopposed for the office of mayor was Billy W. Knight.

Running for the office of Glenwood Councilmember for District One were Scott W. Stricklin and Willie Long, Jr.

Running for the office of Glenwood Councilmember for District Two were Boyd Berry, John D. Johnson and Mary West.

“We will not have to have an election since they did not have any opposition,” said Sandra Berry, Town Clerk of Glenwood.

The newly elected city council and mayor will take office the first Monday in November, and they will all serve four year terms.