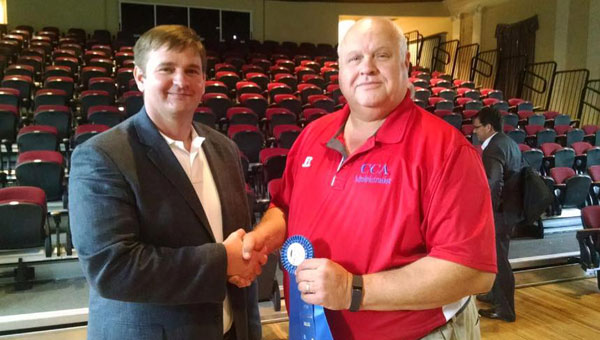 The Alabama Independent School Association (AISA) awarded only 27 Blue Ribbon awards amongst the over 65 schools apart of the association.

In order to be considered for the AISA, a school must exemplify excellence in scholastic achievement, professional learning, student involvement and community interaction.

“You have to participate in types of competitions,” Driver said.

“By competing you get some points, but when students go to state competitions we get more points.”

Driver says that the award shows that the school provides the students the opportunity to be well rounded.

“It’s an assurance that the education they are getting here is good,” he said.

“The opportunities that they will have are equivalent or better than the ones they would get anywhere else.”

“We have the students to thank,” Driver said.

“If they didn’t do the work, we wouldn’t be recognized.”

CCA’s 2016-2017 school year begins on Monday, August 8th. Driver says that he hopes the next school year will bring even greater awards.