A longtime member of the Butler County Board of Education has passed away.

Terry Williams, who has served on the board of education for more than a decade, died Friday after an extended illness. He was 71.

Williams, a native of Forest Home, was a 1962 graduate of the Greenville Training School. He went on to receive a business degree from Wayne State University in Detroit, Mich., where he settled and worked as a computer analyst for General Motors for more than 20 years.

While Williams enjoyed success in Detroit, he longed to return to his hometown. After settling back in Butler County, Williams’ belief in the power of education led him to seek a seat on the board of education. 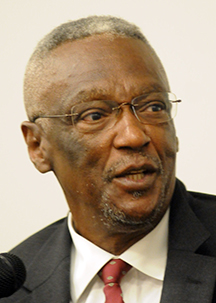 Terry Williams, who has served on the board of education for more than a decade, died Friday after an extended illness.

“I only had the opportunity to serve with Terry Williams for a year and a half, but it was long enough to see his passion for our schools,” Nimmer said. “He was concerned with our kids, especially the disadvantaged, having every opportunity to get a good education. He will be missed.”

Williams, who represented District 2 and twice served as board president, was first elected to the school board in June of 2002 and began his first term in January of 2003, according to a post by the Butler County Board of Education. During his tenure, he was involved in three superintendent searches and two ad valorem renewal campaigns. He was instrumental in obtaining funding for and oversight of construction projects at Georgiana School and W. O. Parmer Elementary School, and in the refinancing of school system bonds, which resulted in a savings of approximately $3 million. He also played an active role in the development of the first strategic plan for school system, and assisted in preparation, interviews, and support when needed for AdvancED system-wide accreditation in 2009 and 2014 resulting district-wide accreditation.

Williams also volunteered as a math tutor and served as a mentor for at-risk students in the community.

“After serving on the Butler County Board of Education for many years with Mr. Williams, I came to value his unyielding commitment to preparing children to become productive citizens as adults and to positively contribute to their local communities,” said board member Linda Hamilton. “Mr. Williams believed and imparted traditional decorum and manners. He often shared said wisdom with children in the community. He will be sorely missed.”

“I’ve known Mr. Williams for years. We first joined forces when he was helping with some boys that needed a father figure during a summer program years ago,” Bryan said. “Mr. Williams was a kind and caring man who always had the best interest of our students at heart. He will be greatly missed.”

Visitation for family and friends will be held at the chapel of Carter Rice & West Funeral Home in Greenville on Friday from 5 p.m. to 7 p.m. The funeral will be held on Saturday at noon at Lomax Hannon Bible, located at 366 S. Conecuh St.