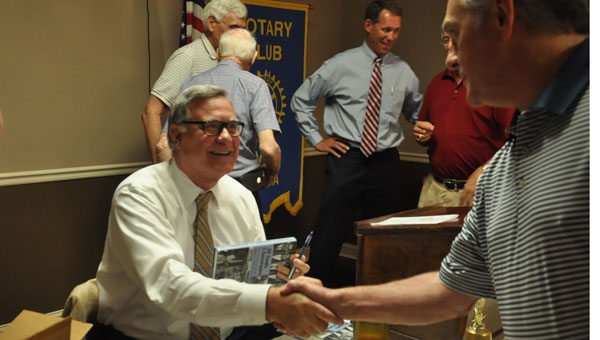 Steve Flowers is greated by Rotary Club members as he prepares to sign copies of his most recent novel. (Photo by Beth Hyatt)

Monday afternoon the Luverne Rotary Club had the chance to talk politics with one of Alabama’s most acclaimed political columnists, Steve Flowers.

Flowers took this opportunity to share his thoughts on politics and also told the story of how he got his start in the fast-paced governmental world. He also brought along copies of his most recent novel, “Of Goats and Governors: Six Decades of Colorful Alabama Political Stories” and took part in two book signing events later in the day.

“I grew up always loving politics, and I had a paper route. On my paper route over on Orange Street, there were some of the most prominent politicians in my county,” Flowers said.

“Mr. Gardner Bassett, the representative for Pike County, and I became very close friends. He was about 70 and I was about 12, and we became best friends because he knew how much I liked politics.” 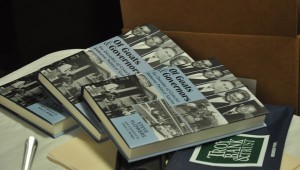 Steve Flowers held a book signing for his novel “Of Goats and Governors: Six Decades of Colorful Alabama Political Stories” at the Luverne Rotary Club. (Photo by Beth Hyatt)

Flowers said Bassett would mentor him and take him on trips to the Capitol to train him to one day be the representative for Pike County.

Flowers was born and raised in Troy, Alabama. At the age of 12, he became a page in the Alabama Legislature and worked at the State Capitol throughout his high school years. It was at this moment that Flowers said his love for politics continued to grow into what it is today.

One of the most memorable moments Flowers recalls from his time spent with Bassett was getting the chance to meet Gov. George Wallace during his first term in office. After finishing his paper route one day, Flowers jumped in the car with Bassett and headed off. The rest, as they say, is history.

Upon graduation from high school in Troy, he continued on to the University of Alabama where he was a student leader and served in the Student Senate.

With the lessons learned from Bassett, Flowers eventually worked his way up into the very seat Bassett had previously held.

In 1982, at age 30, he entered politics and was elected State Representative from Pike County. In that, being his first race, he received the largest number of votes ever cast for any person in a political race in the history of Pike County.

Flowers served in the Alabama House of Representatives from 1982-1998. 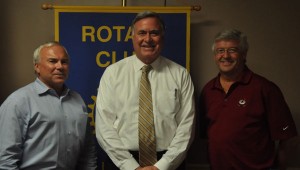 In addition to his column, he can be seen regularly on numerous television stations around the state as their political analyst.  His weekly radio show on Alabama politics is heard on Public Radio throughout Alabama.

Flowers’ book “Of Goats and Governors: Six Decades of Colorful Alabama Political Stories” gives behind the scenes looks at a few Alabama governors that Flowers has had the chance to work with and get to know over the years.