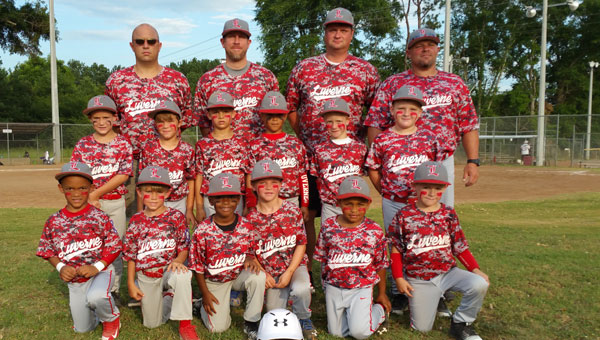 The Luverne All-Star teams are all on the prowl for a win this weekend in the State Tournaments.

The Luverne All-Stars six and under team is being coached by Chris Matthews with Jody Rodgers assisting. The team consists of 12 players, and will move forward to play in the State Dixie Youth Tournament in Dothan on July 7-12.

Matthews says he has great hopes for the tourney.

“We want to have a good showing and compete well,” he said.

“If we make it to Saturday, I will be really happy with my boys.”

“The boys have shown a lot of hard work and dedication,” Assistant Coach Jody Rodgers said, “They take pride in showing up and giving 100 percent.”

The Luverne All-Stars eight and under team will make a showing at the State Tournament in Troy, Alabama. Head Coach Jeremy Kilpatrick says assembling the all-star team was tough. 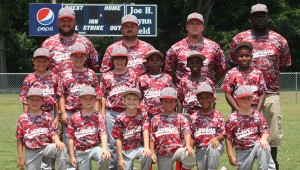 “There were a lot of good players in the league this year,” Kilpatrick said.

The eight and under team placed third in district competition, thus securing a ticket to state tournament play.

“These are a good group of guys. I hope we do well and learn a lot in the state tournament.”

The eight and under Luverne All-Stars are scheduled to play against Muscle Shoals on July 8 at 5 p.m. at the Troy Sportsplex.

Kilpatrick is assisted in coaching by Justin Knight, John Catrett and Chris Ware. The eight and under league is machine pitched.

The girls’ softball team is going to Montgomery to get dirty and secure a win. The team consists of 12 five and six year olds, most of which have been playing together since last year.

The Luverne All-Star girls did well in district play, only losing to the first and second place teams. Head Coach Michelle Ballard says she is happy with the girls playing.

“We’re narrowed our strikeouts, and the girls are doing aggressive base running.”

The softball team will play Tallassee at 5 p.m. on Friday, July 8 at Edward Thompson Park in Montgomery, Alabama. The girls’ six and under team is a coach’s pitch league. Ballard is being assisted by Jimmie Ballard, Misty Morgan and Leigh Ann Brown.

All of Luverne’s All-Star teams attribute their success to the hard work of the players and the dedication of their parents.

“We pick the kids for their talents, and we’re so glad they have good parents,” Ballard said.

“The parents help so much,” said Rodgers.

“We don’t have one team mom or team dad, they’re all team moms and team dads.”

“Without the parents, we wouldn’t be able to make it,” Kilpatrick said. “We have a good group. The kids and the parents make the experience.”