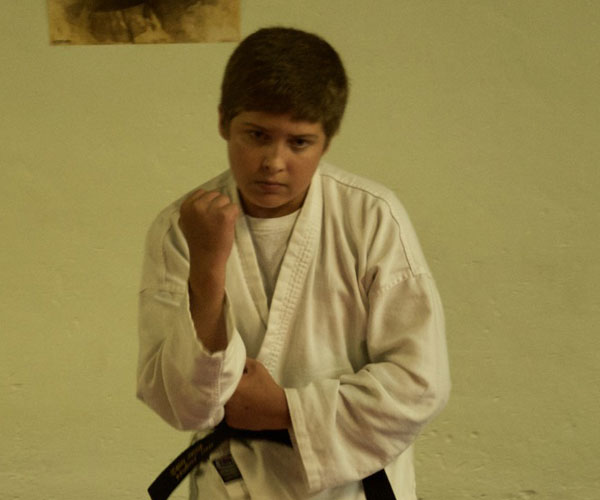 After only a year and a half of study, 14-year-old Benjamin (Ben) Hughes has acquired black belt status.

Hughes is the son of Neal and Fran Hughes. He will be a freshman at Brantley High School in the fall. He studies martial arts at the Okami Dojo in Luverne, under the leadership of Sensei Adrien Carter.

“Everybody can talk, and just be themselves. We respect each other.”

Carter says that Hughes is a great student.

“I see something spectacular in him,” she said.

“He has the heart for martial arts, and he catches on really fast. He has never missed a day.”

Hughes has overcome some obstacles to get to where he is today.

“He had a broken finger once,” Carter said.

“He still came to class anyway. He even competed and won, only using one arm.”

“I wouldn’t have made it to where I am today without Sensei Carter and her motivation and inspiration, and my parents,” Hughes said.

Hughes plans to continue martial arts for a long time.

“I want to become a grandmaster and maybe one day own a dojo,” he said.