‘The Voice’ of The Chicken Shack retires 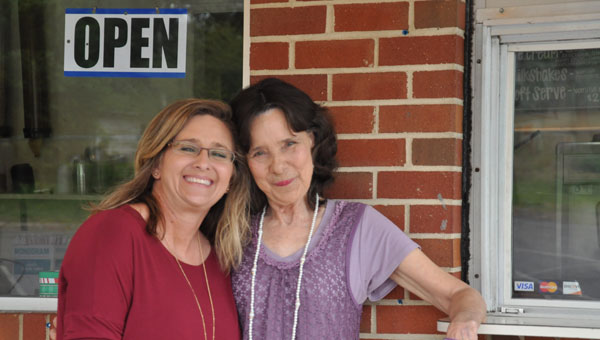 With a 35-year career of serving others behind her, Sue Bass is now ready to let her family serve her as she ventures into retirement.

As many in the Crenshaw community know, Bass has not only been a faithful employee of The Chicken Shack in Luverne for the past 35 years, but she has also gained a unique name for herself by working at the window of the establishment.

“I think what everybody knows Ms. Sue for was when she answered the phone,” said current restaurant owner Mike Money.

“She has this Southern etiquette voice and that stood out. We had people who had lived here for so many years and then moved off call just to hear her talk on the phone. She just has that Southern accent.”

Lovingly known as “The Voice” of The Chicken Shack, Bass reflects on her time at the restaurant and recalls many wonderful moments.

“I’m going to miss my customers and coworkers. I’ve worked with a lot of them for many years, and now I’m going to spend some time with my children and grandchildren. I didn’t have much time to spend with them while I was working, so I’m going to enjoy them.”

Bass grew up in Goshen and after marrying at the age of 15 moved to Luverne.

Her first job in the Friendliest City was working at the local nursing home. After being there for 19 years, she began working at The Chicken Shack on a part-time basis.

According to Bass, when the business first opened it was known for its ice cream, milkshakes and chicken. After moving into the bigger, current building, Bass came on to the staff full-time and the menu expanded.

Throughout her time at The Chicken Shack, Bass has seen many customers come and go, and while she may not remember each customer she does recall the majority of them treating her and the other staff members courteously.

Even though some days would be stressful and hectic, Bass says she enjoyed every day working at The Chicken Shack.

“It was quite an adventure to meet different people. Some were straggling, some were on the way to places and some would always come back by and say they enjoyed this food,” Bass said.

Money has had the pleasure of working with Bass since he was young. Now the owner of the establishment, he also was able to work with her professionally.

“I can remember Ms. Sue being here since I was a little kid. She’s always seemed like a parent,” Money said.

Bass has learned many lessons along her life’s journey, but one of the biggest came from her time in the restaurant business: learning to get along with the public.

“Always I enjoyed working. Different things did come along and the customers were super nice. Most of them would be real patient if they had to wait,” Bass said.

“If they had to wait long, we’d joke with them and say ‘You did want this today, right?’ Or if somebody would get their food before they did, I’d say, well they called yesterday.”

One of the plusses, she says, of working in this industry is that is strengthened her math skills. Since calculators and smartphones were not a factor during her time, she did all of the counting and order tallying in her head. This, Bass says, helped keep her mind alert for all these years.

Even though she will miss her coworkers and customers, the time has come for her to take some much deserved time off and visit with her family.

“She’s a wonderful lady and she will definitely be missed,” Money said.

“I told her she’s welcome to come back any time she’s ready. Everybody loves her.”

Bass is thankful for the support and help she has received through the years from all of The Chicken Shack owners.

“It’s a family here and that’s one thing you can always say about Crenshaw County is that there are family businesses, Christian values and the family here at Chicken Shack have been wonderful to Ms. Sue,” said SalLee Sasser-Williams, daughter-in-law to Bass.