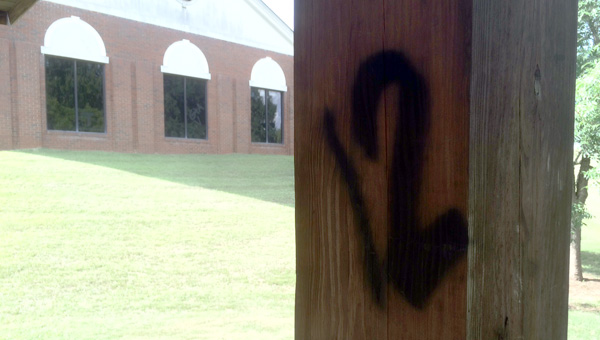 Five juveniles have been arrested in connection to vandalism at the Greenville-Butler County Public Library and the Camellia Pavilion. (File photo)

Five juveniles have been arrested in connection to vandalism at the Greenville-Butler County Public Library and the Camellia Pavilion.

Two were arrested on Tuesday with three more arrests coming Wednesday. All five are between the ages of 13 and 15.

“After spray painting the library and pavilion, as well as another business near the library, the group of juveniles then walked over to Greenville Middle School and forced entry into one of the buildings,” Lovvorn said. “They then took several bicycles from inside and rode off with them. The bicycles were recovered the next day not far from the school.”

Lovvorn said when each of the five juveniles was confronted with the evidence by investigators, they confessed to the crimes. All five have been charged with burglary, third degree, and criminal mischief, second degree.

The investigation into the vandalism also netted arrests in a separate burglary case that took place at a residence in December.

“Sgt. Kenneth Hadley interviewed two additional juveniles, ages 13 and 14, (in connection with the vandalism case) and was able to use the new evidence against them and obtain a confession from both juveniles (for the previous burglary),” Lovvorn said.

Both were arrested on Tuesday and charged with burglary, third degree.

“Our investigators showed their true devotion to their jobs and the citizens of Greenville this week by working nonstop to solve a variety of recent crimes,” Lovvorn said. “I would like to commend Lt. Joseph Disney and Sgt. Kenneth Hadley for their efforts.”