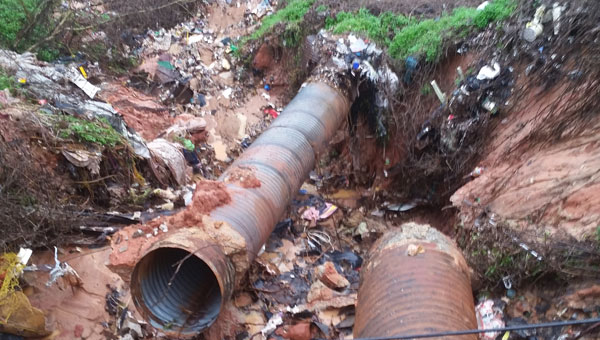 Illegal dumping on this site caused it to become not only an eyesore, but also a hazzard to any trying to navigate the land.

Crenshaw County Engineer Benjamin Sanders said the cleanup of the illegal dumpsite on Lord Road was the county’s biggest and greatest cleanup to date.

On March 14, the Crenshaw County Highway Patrol began cleaning a dumping site on Lord Road. The cleanup was sponsored by the Alabama Department of Environmental Management (ADEM).

“ADEM has a 100 percent reimbursement cleanup program in which you apply to,” Sanders said.

“They look at the sites and rate them. Then, they put them in order. As the money becomes available, they fund the ones at the top of the list statewide.”

The Lord Road dump site was located on the property of Mike Edwards. 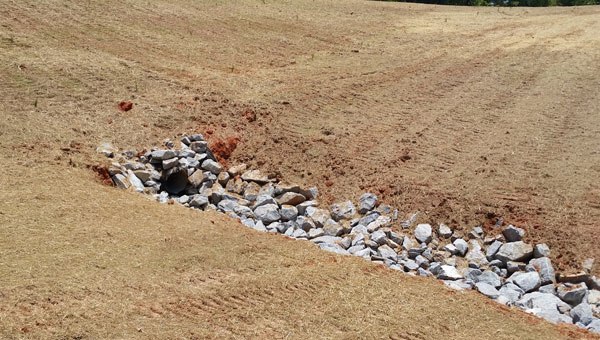 After extensive cleaning, the site is now clean, clear and being monitored by the owner to prevent future dumping. (Photo by Shayla Terry)

“Once the county began digging, they found out that people had been dumping there for years,” said Edwards.

“It turned out to be a huge project. Those guys did a great job, and they made sure the job was done right.”

The cleanup of the site was completed on May 24.

“It was a really big site, and there was so much trash.”

The site had more work to be done than the initial agreement called for.

“Once we started working on it, it actually doubled in cost,” Sanders said.

Three more sites in Crenshaw County have been approved for cleanup by ADEM. Sanders says that dumping has become a problem for the county.

“I believe people do not want to spend the money to properly dispose of their waste,” he said.

The C/D Landfill of Crenshaw County hosts a Free Trash Day on the second Saturday of each month.

“People can bring all trash except sanitary trash,” said Mona Sims, Solid Waste Enforcement Officer of the C/D Landfill. Sims says tires will be processed at a fee based on size.

In the state of Alabama, dumping is considered a crime. It is a Class C Misdemeanor.

“We will investigate,” Sims said.

“If we can prove that someone has been dumping, then a fine will be issued.”

Along with the county, residents like Mike Edwards have also taken steps to ensure their properties will not be polluted.

“I now have surveillance cameras on my property,” Edwards said.

Free Trash Day is from 7 a.m. to 11 a.m. this Saturday. The C/D Landfill is located at 372 Landfill Road off of 331, across from the Chowel Plant. The landfill does not accept TVs, computer parts or household garbage.