A Butler County woman pleaded guilty Tuesday in connection to the December 2012 murder of a 40-year-old Greenville man. 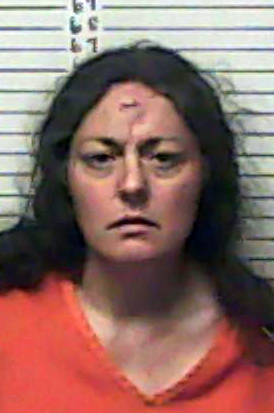 Butler County District Attorney Charlotte Tesmer said the agreement was reached with the consent of the victim’s family.

Wood was also ordered to pay $1,505.91 in restitution once she is released from prison.

Had the case gone to trial, Wood would have faced 10-99 years or life in prison.

According to authorities, Wood shot Steven Dale Faulk in the yard of her Pettibone Road residence on Dec 8, 2012.  Butler County Sheriff Kenny Harden said Faulk was pronounced dead at the scene.

“After investigating we found out that (Wood) had broken into a house (Dec. 7) on Hwy. 31 and stolen some money,” Harden said. “Later that day she stole a purse from a woman. On (Dec. 8) there was some communication between the two women, and Faulk and the woman whose purse was stolen went to Wood’s house to retrieve it, and that’s when he was shot.”

Wood later fled the state after being released on bond.

She was scheduled to appear in court for jury selection on June 16, 2014.

Wood did not appear and a bench warrant was issued for her arrest.

She was later captured in Duncan, Okla., in the early morning hours of July 16 after leading police on a 35-mile chase that at times reached 100 mph. Police stopped her vehicle after she appeared intoxicated at the Stripes convenience store in Duncan.

Wood also attempted to run over a police officer after authorities stopped her vehicle.

Wood was charged with endangering others while eluding police, assault with a dangerous weapon, a pattern of criminal offenses and driving a motor vehicle under the influence of drugs following the car chase.

She was sentenced her to a total of seven years in the Oklahoma Department of Corrections and $2,400 in fines in connection with those charges.

Kim Carson was one of the many musicians that paid tribute to country music legend and Butler County native Hank... read more