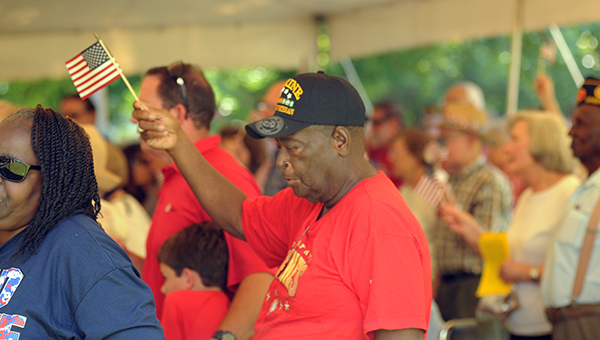 That’s the word Maj. Gen. Walter D. Givhan used to describe the feeling of losing a comrade in battle.

“One moment they are there, and the next they are gone, never to return again,” Givhan said.

Givhan, who retired from the U.S. Air Force in 2014, is a fighter pilot who led the effort to rebuild the Afghan Air Force as Commanding General of the Combined Air Power Transition Force in Kabul, Afghanistan.

It was during that assignment that he met Lt. Roslyn Schulte.

Schulte was an Air Force Academy graduate working as an intelligence, surveillance and reconnaissance operations officer. Three months after she arrived in Afghanistan, she was killed by a roadside bomb near Kabul.

She was the first female Air Force Academy graduate killed in Afghanistan.

“She was gung ho,” Givhan said as bells from First United Methodist Church began to toll in the background. “It’s important that we call these names and remember them for the person they were, and not just that they were lost.”

Givhan, who spent 33 years in the Air Force, served as the keynote speaker at the Lions Club’s Memorial Day Celebration. He said Memorial Day offers a chance to pause and remember the sacrifice of the brave men and women that gave their lives in defense of this country. 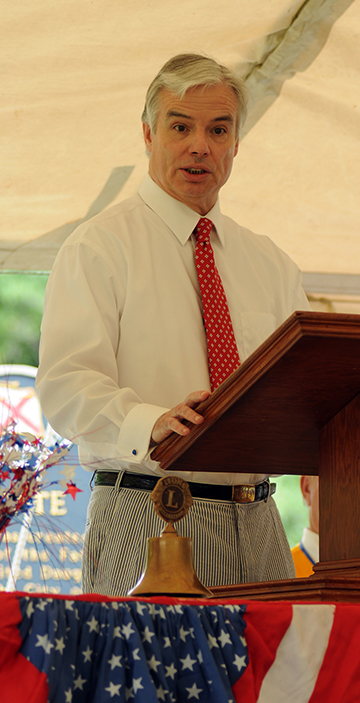 Lion Hubert Little, who chairs the annual event, thanked those that attended.

“Your attendance is a testament to the importance of today, especially to our young people,” Little said. “May these men and women that we are honoring today never be forgotten.”

As part of Monday’s event, veterans in attendance were also recognized as they marched through the park as part of the Walk of Honor.