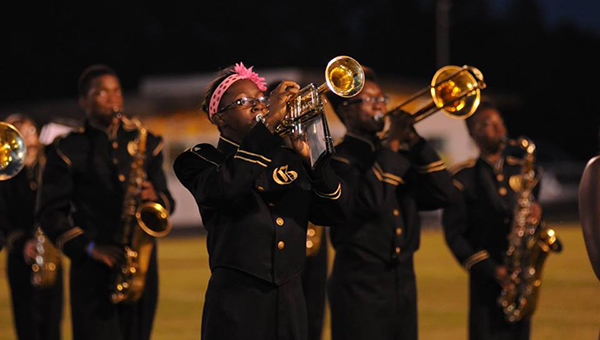 When Greenville High School Band Director Brett Johnson saw a California number pop up on his caller ID, his curiosity got the best of him.

He couldn’t help but answer.

The call was from the GRAMMY Foundation in Los Angeles.

Officials with the organization were calling to inform Johnson that Greenville High School had been selected to receive a GRAMMY Signature Schools Community Award.

“It was definitely a surprise to see on the caller ID a number from California, but I was ecstatic when I found out what it was about,” Johnson said. “The GRAMMY Foundation is known for supporting music education and advocating for music in schools, but having something that big awarded to Greenville High School is amazing. I am so privileged to be associated with this community, administration and school system that supports our band program.”

The GRAMMY Foundation’s GRAMMY Signature Schools Community Award offers financial support to local high school music education programs using the model of the GRAMMY Signature Schools program. This partner-supported program allows the GRAMMY Foundation to identify and select a high school music program in communities around the country to receive a grant of $2,000. To date, approximately $800,000 in grants has been distributed to approximately 421 schools in almost all 50 states.

According to Johnson, only 13 schools nationwide received the award last year.

Johnson said the $2,000 grant will be used to purchase new brass instruments and uniform accessories for the Greenville High School Marching Band.