Kathryn Crocker has been everywhere.

The Fort Dale Academy senior’s journey to find the perfect college has taken her across the Southeast, including the upper stretches of Tennessee and North Carolina, in search of higher learning. 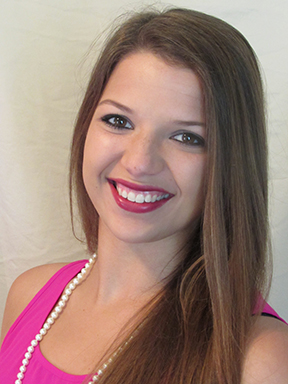 “I just thought that I’d apply to all of them and see how much money I could get so I could pick the best school for myself,” Crocker said.

But as it would eventually turn out, Crocker’s new home away from home ended up being much closer to her current one.

“I visited around eight or 10 schools up in North Carolina and Tennessee, and then I realized that they were just too far away,” Crocker said.

“So I settled for Birmingham Southern, which is a great school, and I decided that they were the best school for me.”

Birmingham Southern’s proximity to home—at least, in relation to Crocker’s other choices—was certainly a major bonus.

The other, inarguably more important bonus, is that Birmingham Southern will serve as a launch pad for Crocker’s career as a lawyer.

“I’m going to go to pre-law to become a lawyer,” Crocker said. “I thought about doing that a few years ago, and I just kind of put it away.  Then, I came back to it my senior year and I thought it’d be a good idea.”

The time-consuming pursuit of a law degree makes scholarships even more important.  And though Crocker knew that achieving valedictorian or salutatorian would be a long shot in a highly competitive 2016 graduating class, she instead opted to buckle down and focus on self-improvement.

The hard work paid off handsomely.

“I didn’t really ever think that I was going to be valedictorian or salutatorian, and then this year my grades were really good,” Crocker said. “But I still wasn’t able to get my grades high enough to be considered as one of the two.

With graduation right around the corner, a number of emotions have been running through Crocker’s mind.

But the emotion leading the pack is excitement.

“I’m actually really excited to start a new chapter of my life, go to college, meet new friends, have new people to see everyday and just be in a different place from Greenville,” Crocker said.