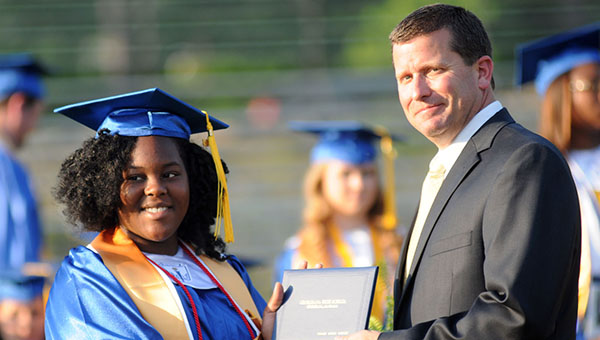 LBW Community College named Greenville’s Ward Thigpen as the 2016 Outstanding Alumnus and will recognize him at the annual commencement ceremony.

“We are pleased to recognize this graduate for his accomplishments, both during his time at LBW and all he has achieved after graduation,” said President Dr. Herb Riedel.

“I am indebted and blessed for the opportunities LBW gave me which continue to positively affect my life,” said Thigpen, who achieved an Associate in Arts degree at LBW in 1988. “The teachers, student body, and overall atmosphere at LBW made my two years such a special experience and I am overwhelmingly grateful for the acknowledgement. I am truly honored and humbled.”

Thigpen played a key role as pitcher for the Saints’ state championship winning team in 1988.

He transferred on a baseball scholarship to Troy University, where his pitching helped lead the Trojans to 50 wins in 1990, the most in a single season in the program’s history.

In 1991, he completed a Bachelor’s degree in marketing and business at Troy, then returned years later to achieve master’s in elementary education in 1999.

He is now employed with the Alabama Department of Education in the driver and traffic safety division.

Thigpen said the educational foundation he gained at LBW allowed him to achieve academic success.

“I owe everything to LBW for the foundation it gave me academically and athletically,” he said. “There is nothing that could have prepared me more for the four-year college than LBW. I will always steer students in the community college path because it provides opportunities they may not otherwise have.”

LBW’s commencement ceremony is set for 7 p.m. on May 13 at the Kiwanis Community Center in Andalusia.

Greenville police are searching for a suspect involved in the armed robbery of a Greenville gas station Monday night. Greenville... read more