Hutcheson gets high recognition at Auburn 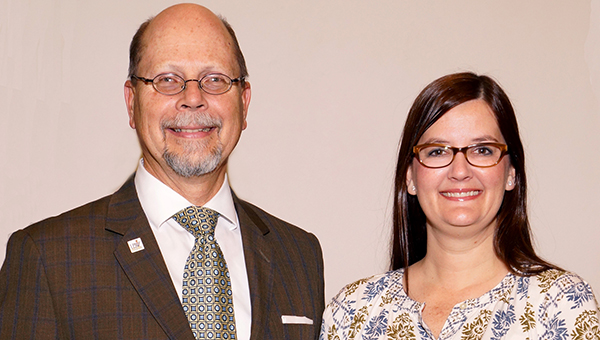 “I’m really thrilled by the award,” she said. “It tells me I’m where I’m supposed to be, and that I’m going about things the right way.”

The level of excellence recognized by the award does not surprise LBWCC President Dr. Herb Riedel.

“She is one of our best and brightest faculty with a wonderful connection to students. We know the level of commitment she gives to all she undertakes, so this level of recognition is no surprise” said Riedel.

Hutcheson, who started teaching at LBWCC in 2010, received the award with an essay titled, “Deviant Bodies, Normalized Journalists: Margaret Fuller, Fanny Fern, Nellie Bly, and the Othering of Mental Illness.”

Her focus on the three women resulted from research and a realization all three visited the same mental institution and wrote about their experience as a way to avoid being labeled “deviant” because, at the time, women journalists were not yet accepted by society.

“The idea that they’d all chosen to visit this same spot caught my attention, and I wondered what drew them to it,” said Hutcheson. “In visiting and writing about the asylum, they were able to essentially point their fingers at the mental patients and say, ‘Look at those poor deviant people.’ By doing that, they implicitly aligned themselves with the ‘normal’ people and an in attempt to deflect accusations of deviance that might come their way.”

Taking graduate courses while teaching English at LBWCC in Greenville is not an easy task, she said, but the award serves as a nice motivator to continue.

“When it is all said and done, English is what I love, so what could make me happier?” she said.