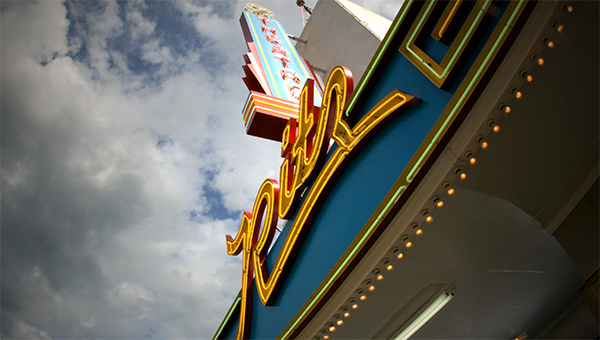 The Ritz Theatre serves as the heart of Greenville’s arts scene. It plays host to a number of professional shows each year, as well as the Greenville Area Arts Council’s annual Putting on the Ritz production, which celebrated its 10th anniversary last week. On Monday, the Greenville City Council gave the OK for a new roof for the theater. (File photo)

Greenville’s historic Ritz Theatre is getting a new roof.

On Monday, the Greenville City Council approved a $46,900 payment to Southern Roofing Company for the work.

Greenville Mayor Dexter McLendon said officials recently discovered the roof was leaking, which combined with a faulty air conditioning unit and a leaking pipe resulted in mold growing inside the building.

The city paid SERVPRO of Greenville $16,245 to clean the building and remove the mold.

“The Ritz is a gem. It’s real important building for the city, and this is something we needed to get done,” McLendon said. “It’s important that we preserve it.”

The Ritz serves as the heart of Greenville’s arts scene. It plays host to a number of professional shows each year, as well as the Greenville Area Arts Council’s annual Putting on the Ritz production, which celebrated its 10th anniversary last week.

While the Ritz is once again a point of pride for the city, just more than three decades ago it seemed destined to be demolished.

The Ritz, with its colorful Art Deco moldings and accents, brilliantly polished hardwood stage and multi-colored wool carpet brought in from Belgium, had fallen on hard times.

Roberta Gamble, known to most as Miss Bobbie, was quoted as saying the theater looked like something out of “The Addams Family.”

Gamble along with a handful of other arts supporters weren’t quite ready to give up on the aging theater. They had a vision, and that vision centered on restoring the Ritz to its former luster.

The group’s vision began to take shape when the city purchased the Ritz for $75,000 in 1982. It then spent an additional $63,000 for a new roof, stage hangings, an extension for the stage and renovations to the dressing rooms. Later, thanks to grants, fundraising and funding from the city, the Ritz received a new heating and cooling system, a new ceiling, a reception room complete with a full kitchen, a conference room and additional restrooms.

The city also recently paid $44,730 for a new heating and cooling system in the theater, as well as $1,182 for new floors in the theater’s basement and dressing rooms.

On Monday, the council approved a $1,965 payment to Southern Sign Crafters from the Ritz Theatre surcharge account for neon signage for the theater. The money in that account is raised from tickets sales of events held at the Ritz and is managed by the city.

During its meeting Monday night, the council also approved the following expenditures: