Special Olympics postponed due to rain 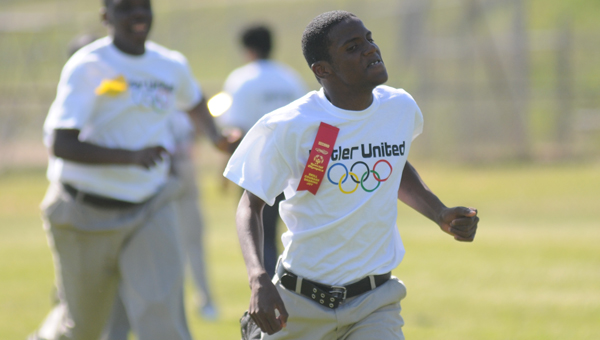 Greenville High School’s Jaylon Hamilton races to the finish line during the 100-yard dash during the 2013 Butler County Special Olympics. This year’s event has been postponed due to rain. (File photo)

The Butler County Special Olympics has been postponed.

Butler County Schools Superintendent Amy Bryan confirmed Friday morning that due to rain the area, the games would be held at a later date. No date has been selected.

“We will determine new date as soon as we can confirm stadium availability,” Bryan said.

The Special Olympics began in the early 1960s, when Eunice Kennedy Shriver saw how unjustly and unfairly people with intellectual disabilities were treated. She decided to take action.

Soon, her vision began to take shape, as she held a summer day camp for young people with intellectual disabilities.

The goal was to learn what these children could do in sports and other activities — and not dwell on what they could not do. This vision eventually grew into the Special Olympics.

Four Butler County students were inducted as members of the National Technical Honor Society during a ceremony at Reid State... read more