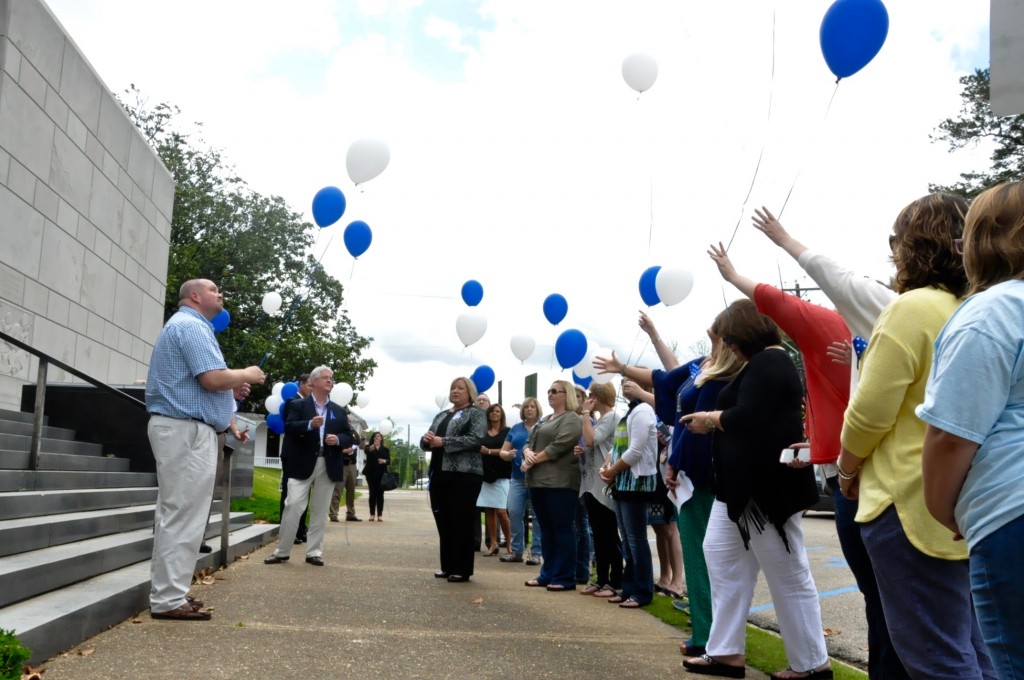 With the number of child abuse cases growing each year, departments in Crenshaw and surrounding counties came together on Friday to show their united support against this issue.

With the number of child abuse cases growing each year, departments in Crenshaw and surrounding counties came together on Friday to show their united support against this issue.

“At Safe Harbor, we’re a part of a multidisciplinary team with an approach to child abuse investigations. We’re a neutral, safe, child-friendly environment that children come to once they’ve disclosed harm or abuse or have witnessed a crime,” said Kathy Smyth, executive director for Safe Harbor.

“Our community has a great concern for our children and a protective nature. We have thorough investigations, prosecutions and tough sentencing for child molesters in our circuit.”

The blue ribbon campaign for Child Abuse Awareness and Prevention Month first began several years ago after a grandmother in Virginia found her grandson had been murdered by his mother’s abusive boyfriend. Since then, the campaign has grown and is supported throughout the communities in Crenshaw County.

Smyth encouraged the community that they are one of the most important assets to helping children experiencing abuse.

Kristi Maddox, director of Crenshaw County DHR, mentioned the ever-popular phrase, “It takes a whole village to raise a child,” and reminded those in attendance that it takes a whole community to protect our children.

“We can’t do it alone. Communities, neighbors and citizens can help us in protecting our children from predators by noticing the signs and symptoms of abuse, by trusting their instincts and making the call when suspecting abuse of any kind,” Smyth said.

According to Tesmer, there have been several successful prosecutions of child abuse in Crenshaw County.

Maddox, along with Crenshaw County Sheriff Mickey Powell, provided child abuse statistics to educate the audience on the growing threat.

According to Maddox, in Crenshaw County there are 18 children in foster care and over 5,000 statewide. In the Fiscal Year of 2015, the DHR office investigated 101 child abuse and neglect reports and 43 prevention reports involving 211 children within the county.

“All too often a child dies a senseless death at the hands of an abuser or from neglect,” Maddox said.

Kathy Smyth, executive director for Safe Harbor, encouraged the community that they are one of the most important assets to helping children experiencing abuse.

“Already since the beginning of Fiscal Year 2016, since October, statewide DHR has been called upon to investigate the deaths of 16 children. That is far too many.”

Last year, there were 860 domestic calls reported to the Sheriff’s Office; Powell stated that almost each one involved children. Powell stressed the importance of teamwork between agencies, and emphasized how often the Sheriff’s Office partners with DHR to help children in dire situations.

The ceremony ended with a musical dedication and a balloon release to honor those in the community affected by abuse and to serve as a reminder of the importance in unity against this horror.