Chelsea Ledbetter’s senior year will be unlike any of her classmate’s final year of high school.

That’s because Ledbetter will be leaving the familiarity of Georgiana School for unknown of Brazil.

Ledbetter received a BP Global Citizens of Tomorrow scholarship from ASF-USA, which will give her the opportunity to spend her senior year living with a Brazilian family and studying in a local high school. The nearly $15,000 scholarship will help fund the Georgiana native’s year abroad. 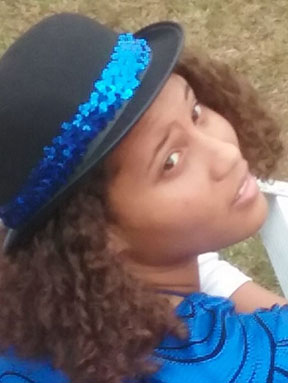 Chelsea Ledbetter received a BP Global Citizens of Tomorrow scholarship from ASF-USA, which will give her the opportunity to attend school in Brazil her senior year. (Submitted photo)

Ledbetter said the idea of studying abroad has intrigued her since she first learned it was an option.

“At first, I did not even know high school students could get scholarships to study abroad, but once I found out I started doing research on different organizations that offered free application and full scholarship offers since I knew if I ever wanted to study abroad it had to be completely paid because I live in a poor area,” Ledbetter said. “The organization I am now with, AFS Intercultural Programs, had everything I was looking for and more. I saw all the countries they had association with and did research on all of them. It was so fascinating to see what other high school students from around the world did — from what they had for lunch, their different celebrations, everything! It was so different that I wanted to know what it was like.”

At Georgiana School, Ledbetter has been a standout student. She’s a member of the concert band and numerous honors bands. For the past two years she served as the drum major for the marching band. She’s also a member of the National Honors Society and Mu Alpha Theta. In 2015, she attended the 2015 University of Alabama Capstone Leadership Academy.

While Ledbetter’s high school career has been full of experiences, she said the opportunity to learn about a culture that is vastly different from her own was too good to pass up.

“I am so excited to learn everything I can while I am there,” she said. “I want to learn the language, eat different food, celebrate all the holidays, make new friends, actually attend school, and possibly see the 2016 Olympics live!”

Ledbetter, the daughter of Melissa “Joy” Ledbetter and step-daughter of Derry Pugh, said this opportunity wouldn’t be possible without the help of others.

“I want to thank everyone that helped me make my study abroad dream possible — my principle, vice principle, and councilor at Georgiana School, my mother, Mrs. Jackson, Mrs. Mixon, Mrs. Turner and especially the AFS volunteers and employees, as well as BP for sponsoring the scholarship,’ she said.