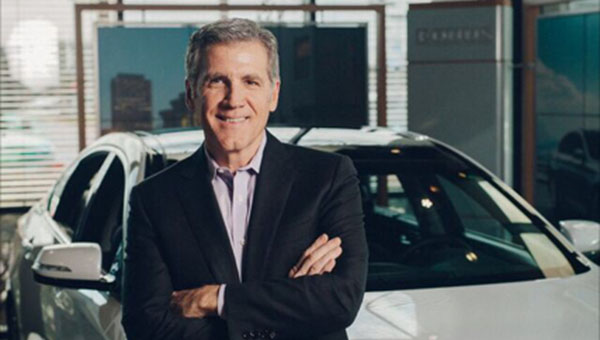 A Greenville native has been named the top Hyundai dealer in the nation.

Allen Turner, owner of Allen Turner Hyundai in Pensacola, Fla., has been named the top Hyundai dealership in the nation, beating out more than 800 other deals in the U.S.,  in a recently released ranking of customer satisfaction by online review site Dealer.Rater. He also took home the top honors for the State of Florida.

Awards are given annually to top-rated dealerships within their OEM brand nationwide and the highest-scoring dealers in each state based upon consumer reviews and experiences on www.dealerrater.com.  Allen Turner Hyundai consistently received exceptional reviews and 100 percent recommendations on the site.

“Growing up in Greenville and with my dad in the car business, this is truly an honor,” said Turner.  “Receiving this recognition is a true testament to our employees.  It’s not an award you can buy; it truly comes from the recommendations from our customers. DealerRater reviews speak volumes about customer satisfaction at a dealership. Hyundai is highly regarded, and we are honored to recognize them with this distinction.”

The DealerRater Dealer of the Year Awards program was created to acknowledge prominent automotive dealerships that have demonstrated outstanding sales and customer service.  Winners are chosen based upon their PowerScore rating, an algorithm that compares the dealership’s average rating on the site with the total number of reviews written about the dealership during the previous calendar year.

Allen Turner Hyundai has previously won the Florida Dealer of the Year award, but this is the first time the dealership has won the national award.

“This award is the direct result of having such a stellar team,” Turner said.  “I am very fortunate to have more than 100 employees who understand the wants and the needs or our customers and are truly passionate about exceeding expectations.”

Allen Turner Automotive has served the Pensacola Bay Area since 1998.