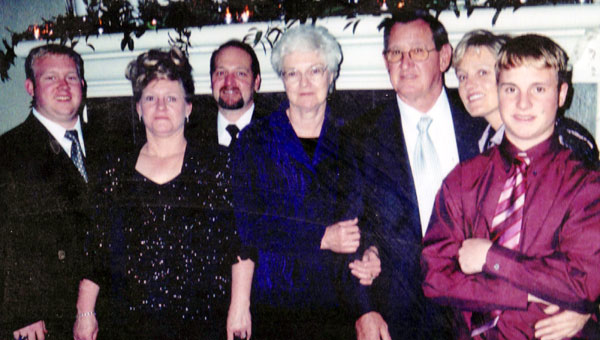 SPECIAL TO THE JOURNAL: DEJA SUAREZ

There is nothing quite like the great outdoors, especially when nature is a part of your life’s success and happiness.

He was born Dec. 10, 1938, in Dale County. In 1953 his mother, Ruth Bagwell, and stepfather, Julian Bagwell, moved from family-owned land to Crenshaw County. 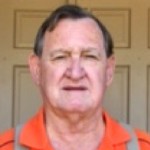 Phillip Moore at his home in Luverne.

“I felt terrible about it,” Moore said. “I was 14 years old. I was born on the land we owned. My granddad, dad and me owned that land.”

Owned by his stepfather, Crenshaw Chainsaw Co. was a successful business, Moore said. Because of the vast amount of timber in Crenshaw County, his family recognized the opportunity to run a prosperous company.

“The timber production was good, and the chainsaw business was good,” Moore explained. “That’s why I stayed.”

In 1961, Moore bought into his stepfather’s chainsaw business. They worked as partners until 1999. According to Moore, because of technical advances of forest machines and mechanical harvesters, chainsaw businesses in the area began to fade. After he left that year, Crenshaw Chainsaw Co. went out of business as well.

He is married to Judith “Judy” Moore. The two met in 1953 when his family moved to Glenwood. Judy Moore worked in medical records for Crenshaw Community Hospital for eight years.

They were involved in sports or as members of their high school bands. For two years Phillip Anthony was a drummer for Troy University’s Sound of the South band.

Tommie Killingsworth, the oldest daughter, lives in Luverne and works as a social worker in Andalusia.

“When I was growing up, we used to have a fair that would come,” Killingsworth said. “We would have to wash and de-skin the peanuts before we boiled them for the Peanut Boil Festival in Luverne.”

She raised two sons in Luverne: Jonathan and Drew Smith.

She said that after living in Montgomery for 10 years, she realized that moving back home was best.

“I moved back because I wanted to raise my children in a hometown atmosphere,” she said. “I think that it is better than staying in the city.” 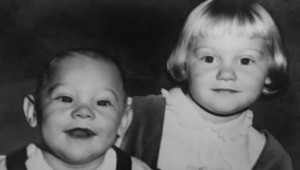 Phillip Anthony and Lynn Moore, children of Phillip and Judy Moore. He was three, and she was five.

While currently residing in Prattville, Smith reflects on his childhood growing up in Crenshaw County.

“As a youngster you couldn’t really do anything because everyone knew who you and your parents were,” he said.

Although Smith lived in a Montgomery for 10 years, he said he appreciates small-town living.

“I grew up here, and I always knew when I moved away that I would want to move back to this area,” he said.