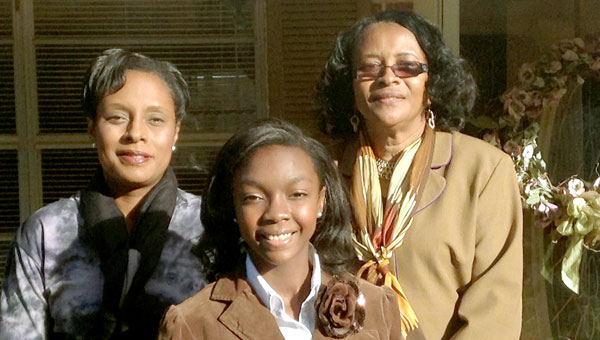 SPECIAL TO THE JOURNAL: TIAIRRA PARKER

Luverne High School senior Kaitlin Galloway comes from a family that goes back at least to the 19th century in Crenshaw County.

She is also a 4.0 student and a Luverne High School dance team member. She plans to attend Lurleen B. Wallace Community College in the fall of 2016 and continue her education at Troy University as a nursing major.

Galloway’s family is the Cantlows.

“As far as I know, the Cantlows have been in Crenshaw County for years, generations,” said Christiane Cantlow King, who is Galloway’s grandmother.

King’s great-great-great-grandmother was a slave to the Rutledge family in Luverne. “Slavery really planted us here, and we haven’t left since,” King said.

Her great-grandmother, Jennie Rutledge, was a free woman who farmed in Crenshaw County.  Braxton and Jennie Rutledge were farmers who purchased 40 acres in the 1800s. The Cantlow family still resides on that land.

The land is off Montgomery Highway, across from the SMART Alabama LLC plant in Luverne. King and her two brothers, Bobby and Donnie Cantlow, live on Cantlow Road.

The Cantlows were farmers who cultivated that land. “We grew cotton, peanuts and raised cattle,” King said. 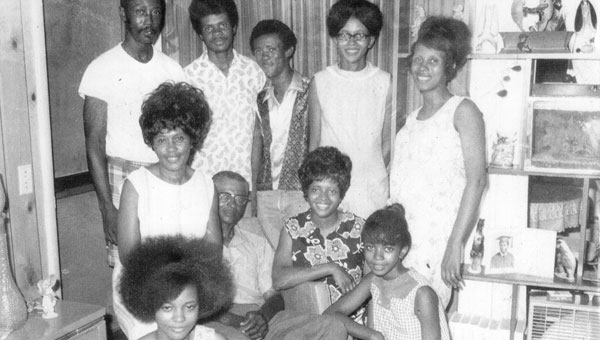 The road that the family lives on was named after their father, John Cantlow, before he died in 2004. King said that her father grew more peanuts than any other farmer in Crenshaw County one year.

“I am proud to be a Cantlow because I come from a strong bloodline of hard- working men and women,” said Stephanie Cantlow, 29. “They taught me how to be independent and to stand on my own two feet. “

The family also had achievements outside farming. King said she was the first black woman in Crenshaw County to master the business of upholstering couches. She graduated in 1994 from Lurleen B. Wallace Community College’s campus in Opp.

Linda Cantlow, King’s sister, was the first in the family to graduate from college. She went to what was then Troy State College and now teaches special education in Montgomery.

The Cantlows have family outside Alabama. Deloies Brooks, 69, worked as a nursing assistant in Pennsylvania. Dorthy Bonds, the eldest of the eight Cantlow children, moved to New York with her husband in the 1960s and has been residing there since.

“Being in a family that constantly encourages me really paved the way for me to make the achievements that I have made,” Galloway said. “I am really determined to continue to make them proud and giving God the glory.”

PROFILE: Flynns remain in Rutledge for over 100 years