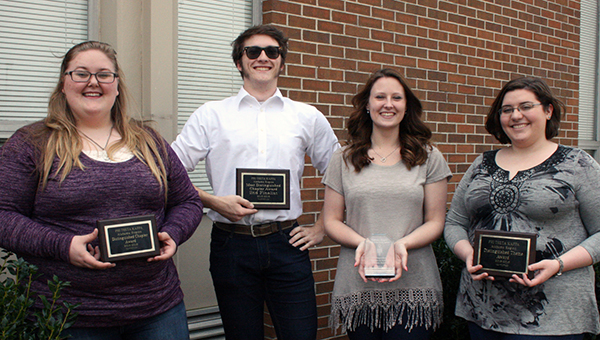 “We were thrilled with the recognition for LBW,” said Heather Owen, director of recruitment and Alpha Beta Eta (ABE) chapter co-advisor.

The ABE chapter for students in Andalusia and Opp was recognized as a four-star chapter, and the Beta Pi Nu chapter in Greenville achieved five-star level recognition. This non-competitive program establishes five levels of achievement and serves as a blueprint for developing stronger chapters by encouraging excellence and recognizing progress in the attainment of goals set by the chapter.

The ABE chapter also received the Distinguished Chapter Award, based on written entries for scholarship, leadership and service; and the Distinguished Theme Award for the highest scoring chapter in the Honors in Action Project Theme of “Frontiers and the Spirit of Exploration” with a focus on celestial frontiers.

Based on the project theme, the chapter also won the ‘Honors in Action Project Award’ for the space camp for Covington County sixth and seventh grade students held on the Andalusia campus.

“We are grateful for the recognition of the work done on the Honors in Action theme project,” said Owen.

Of all the chapters in the state, the ABE chapter earned “Most Distinguished Chapter Award Second Finalist.”